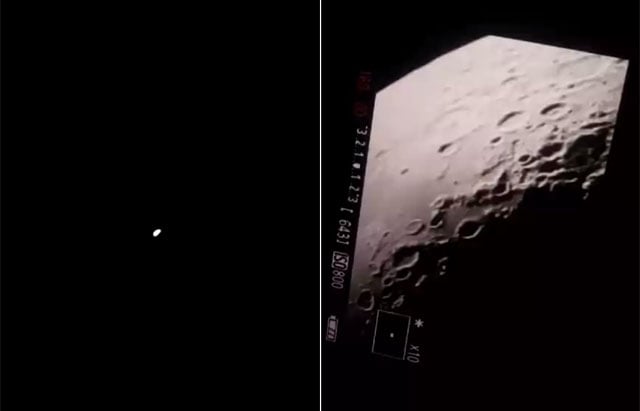 If you have a telescope or lens that’s powerful enough, you can watch the moon transit the sky through the live view on your DSLR’s LCD screen.

A.Sango was recently doing astrophotography with his Canon 1100D DSLR on a Saxon 200DS newtonian telescope, which boasts a focal length of 1000mm. 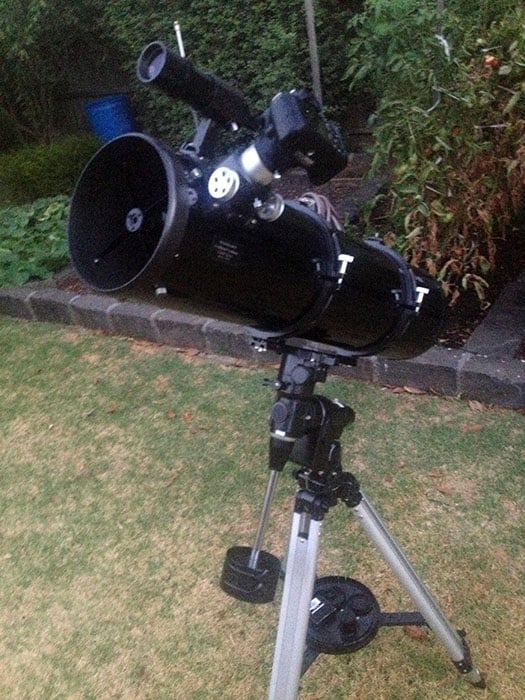 After doing 10x LCD magnification on the 1100D, he shot a Snapchat video his phone camera, first pointing the phone at the moon and then swinging it over to the DSLR LCD screen:

As you can see, the camera and telescope on a stationary tripod lets you watch the moon float across the sky in real time. Pretty neat, huh?

P.S. We shared back in June that you can see this same thing without a telescope using the Nikon P900, which features the equivalent of a 24-2000mm zoom lens.

Image credits: Photographs by A.Sango and used with permission