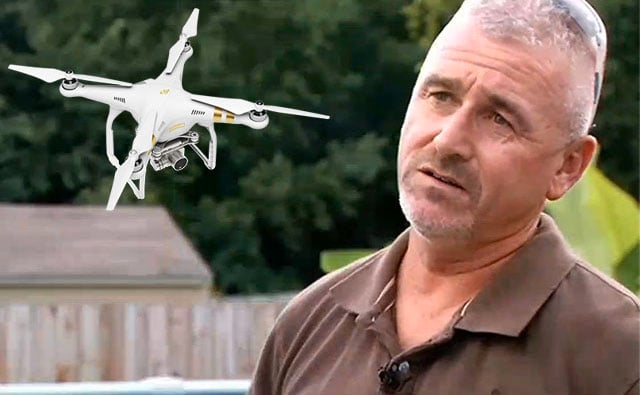 Back in July, we reported that 47-year-old William H. Merideth of Hillview, Kentucky, had gotten arrested for using a shotgun to shoot down a neighbor’s drone that was flying over his property.

Merideth was just cleared of all charges after a judge ruled that the camera drone’s flight was indeed an invasion of privacy.

Drone operator David Boggs was flying his DJI Phantom 3 camera drone for the first time on the day of the incident in July, and says that his flight data proves that he was flying well above 200 feet when the drone was shot by Merideth.

Boggs tells Ars Technica that Judge Ward ignored the evidence he had and instead relied simply on the testimony of 3 witnesses before making her decision at the end of the 2-hour hearing. Two witnesses testified that they saw the drone flying below the tree line.

“I think it’s credible testimony that his drone was hovering for two or three times over these people’s property, that it was an invasion of their privacy and that they had the right to shoot this drone,” Ward said in the courtroom. “I’m going to dismiss his charge.”

Boggs says he’s now working to get this case taken before a grand jury, and he’s also considering a civil suit against Merideth.

P.S. There’s also a new “drone harassment bill” that will be making its way through the Kentucky state government in 2016. It makes it illegal to hover over or land on someone’s property with a drone, or to use a drone in a way that causes alarm or seriously annoys someone while serving no legitimate purpose.

This is How You Photograph Giant Waves Crashing on a Beach