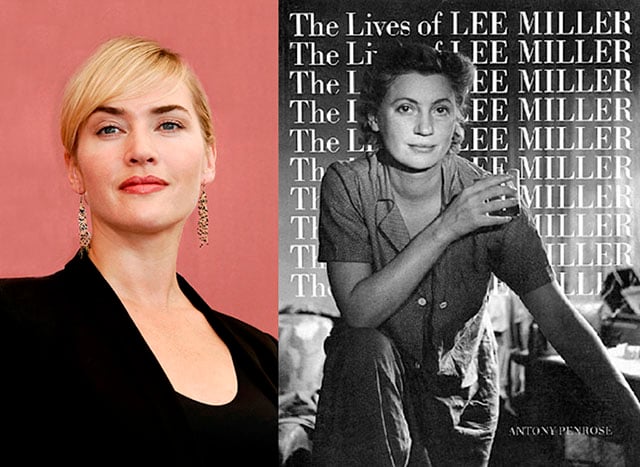 It seems that photographer biopics are a hot topic in the film industry these days. An indie film released earlier this year told the story of Eadweard Muybridge, and Steven Spielberg is reportedly working with actress Jennifer Lawrence on a film about war photographer Lynsey Addario.

Now there’s another famous actress tied to a movie about a famous photographer: Kate Winslet has reportedly signed on to portray the iconic photographer Lee Miller in an upcoming biopic.

The Hollywood Reporter reports that the movie is being produced by the Australian company Hopscotch Features, the same team that produced Saving Mr Banks. It’ll be a drama based on the biography “The Lives of Lee Miller,” which was written by Antony Penrose, Miller’s son.

Hopscotch has reportedly gained exclusive access to the Lee Miller Archives to gather materials for the film — items that include all of Miller’s photographs and her diaries.

Elizabeth “Lee” Miller was an American photographer who started out as a fashion model before moving to Paris and starting a career as a fashion and fine art photographer. After World War II started, she started covering the war for Vogue. Miller was famously photographed by LIFE photographer David E. Scherman taking a bath in Hitler’s Munich apartment:

The upcoming biopic is still in the very early stages, according to the Hollywood Reporter, and the team has yet to find a writer and director for the project.