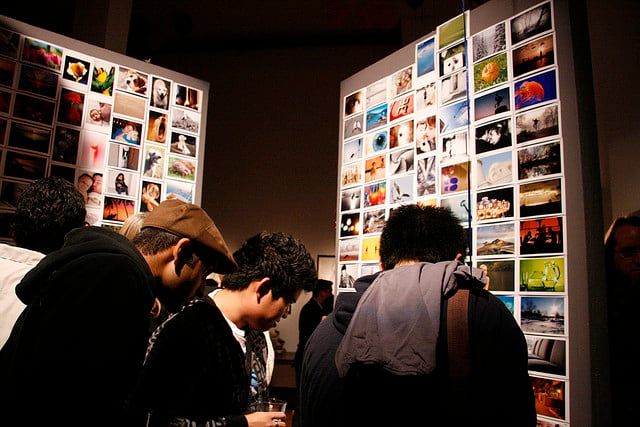 Back in June, we reported that some Flickr users had taken to the service’s forums to complain about increasing compression hurting the image quality of their photos. We did some tests of our own and found that there was indeed significant file size and image quality differences — at least compared to photos uploaded back in 2012.

Well, Flickr heard the grumbling of photographers and made adjustments to its image compression. Backend engineer Archie Russell has also published an article on the company’s code blog that explains the whole story.


In the post, Russell discusses how Flickr has historically served high quality images at the expense of large file sizes. While those files were fine for desktop browsing, the advent of mobile browsing changed the game — long load times on mobile hurts user experience. As a result, the company began look into ways to decrease the file size of photos without hurting image quality in a noticeable way.

What they found was “perceptual JPEG compression,” which uses an algorithm to tune all JPEG parameters to reduce a file size while limiting perceptible changes to photos. This strategy resulted in files that were 30-50% smaller, but the next step was testing whether or not people could actually notice any differences in the photos.

So, Flickr created a game. With photographers in the company as test subjects, Flickr fashioned a challenge that placed two photos from a pool of 250 side-by-side.

After two weeks of testing, Flickr found that identical images were categorized as identical only 68.8% of the time. When compressed and uncompressed photos were presented, testers thought they were identical 67.6% of the time.

“Our image pairs were so similar that multiple testers thought all images were identical and reported that the test system was buggy,” writes Russell. “We inspected the images most often labeled different, and found no significant artifacts in the compressed versions.”

With this test complete, Flickr decided to move forward with rolling out the new compression. That happened back at the beginning of 2014. The result? Flickr users didn’t notice, and interacting with Flickr became a faster and smoother experience.

18 months after implementing perceptual compression, in mid-2015, Flickr made another decision: they would adjust the compression settings to save an addition 15% in file size. “Testers declared the images identical 62% of the time,” says Russell. “It wasn’t as imperceptible as our original approach, but, we decided it was close enough to roll out. Boy were we wrong!”

This time, photographers did notice, and some began grumbling loudly in the Flickr forums. That’s also when we were alerted to the issue and decided to do our own investigation.

It’s “a middle path between our initial and follow-on approaches,” writes Russell, “giving us smaller, faster-to-load files while still maintaining the appearance our users expect.” So far, it appears that users are okay with the current level of compression.

“It’s a win all around but we’re not done yet — we still have a few tricks up our sleeves.”