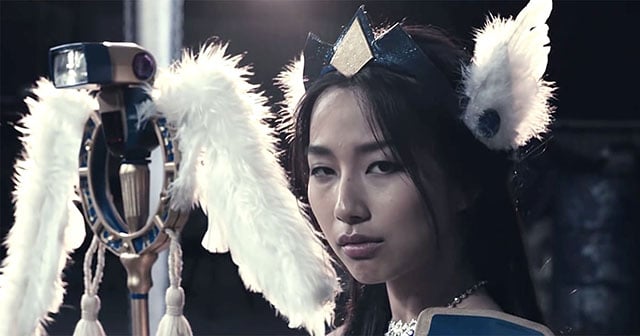 The project was backed by the strobe company Nissin Digital Japan and shot over the course of 3 days. It’s not just an advertisement for Nissin products either — a number of camera industry brands and products appear in the movie, and the Nissin logo only appears for less than a second in the whole project. “Sentoshi” is a fictional term Wong came up with: “sen” means flash and “toshi” means warrior, so “The Last Sentoshi” means “The Last Flash Warrior” — that “didn’t sound very cool so I kept the title in its original Japanese,” says Wong.

Here’s a 1.5-minute subtitled trailer that gives you a taste of what the movie is about:

If you have some time, here’s the full 27-minute film for your enjoyment (there’s also a straight Japanese version here if you don’t need subtitles):