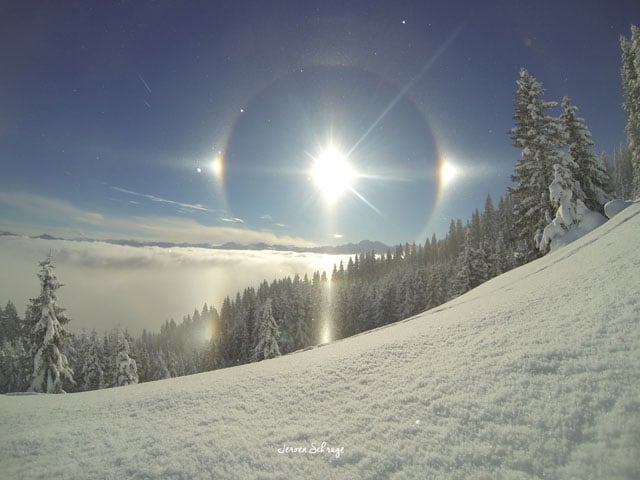 When ice crystals in the atmosphere interact with sunlight in a certain way, a beautiful weather phenomenon known as sun dogs (formally called “parhelia”) can appear. From observers on Earth, it shows up as bright spots on either side of the sun, and often a bright glowing ring around the sun, called a 22° halo.

Jeroen Schrage of Leeuwarden, The Netherlands, was skiing in the mountains of Muhlbach am Hochkonig in Austria last year when he was treated to a beautiful sun dogs display in the sky.

The ski instructor was carrying a GoPro HERO3 Black with him, so he managed to capture some beautiful photos and footage. “It was so huge and bright from the sunlight that I wasn’t able to capture it with my smartphone,” he says. 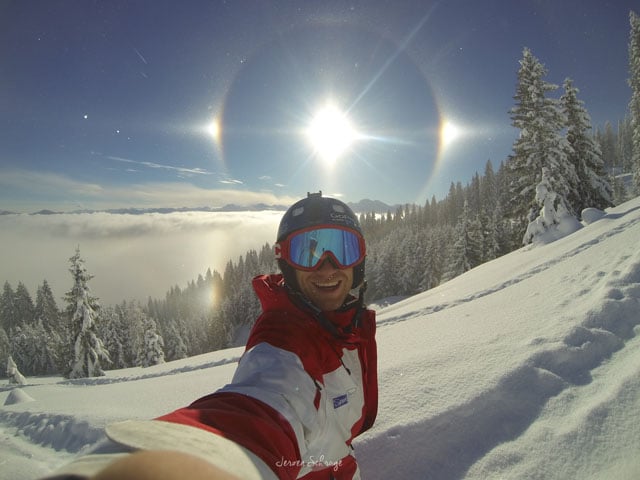 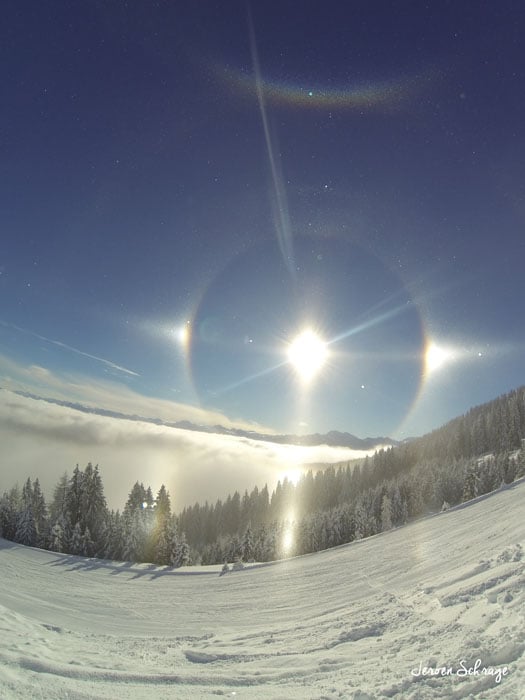 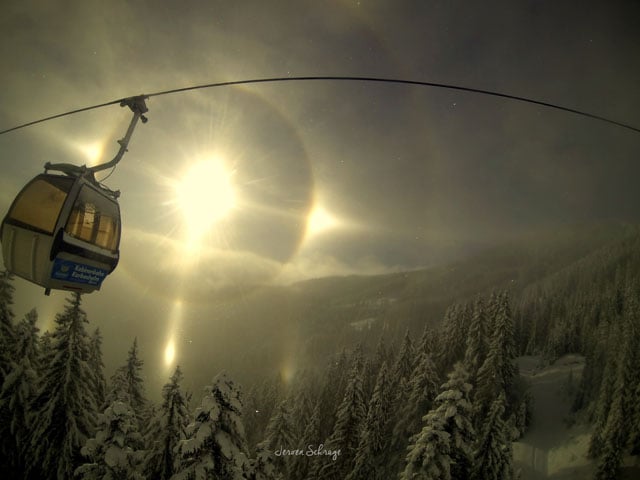 Here’s a video showing what the sun dogs looked like with snowflakes floating around:

Image credits: Photographs and video by Jeroen Schrage and used with permission