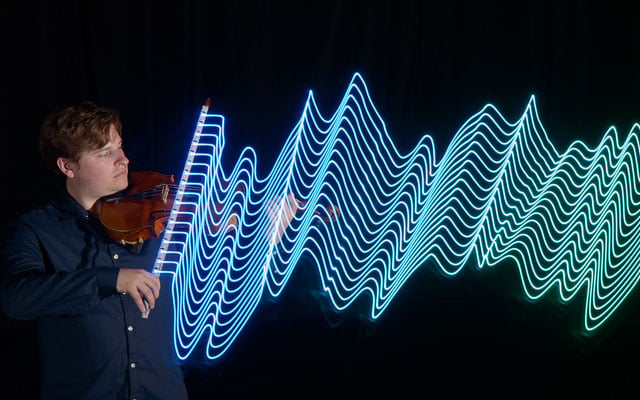 How do you go about capturing music in a photograph? Photographer Stephen Orlando has an interesting answer: light painting. By attaching LED lights to the bows of violin, viola, and cello players, Orlando is able to capture a creative representation of the sounds created by musicians.

Orlando was inspired by the work of light painting pioneer Gjon Mili, who shot a series of experimental light painting photos of a violinist in 1952. By attaching a light to the bottom of Jascha Heifetz’s violin in a darkened studio, he was able to show the path of the violin over time with long-exposure photography:

For his modern remix of the project, Orlando attached multiple LED lights along the length of the bows. To capture movement over time, Orlando had to introduce movement between the performers and his camera, so he moves his camera across the scene for each shot.

“I found it easier to move the camera instead of the performer,” he tells PetaPixel. “Using an Arduino, the LEDs are programmed to change color to convey a sense of time.”

“The progression of time is from left to right in the viola and violin photos and from top to bottom in the cello photos. Each photo is a single exposure and the light trails have not been manipulated in post processing.” 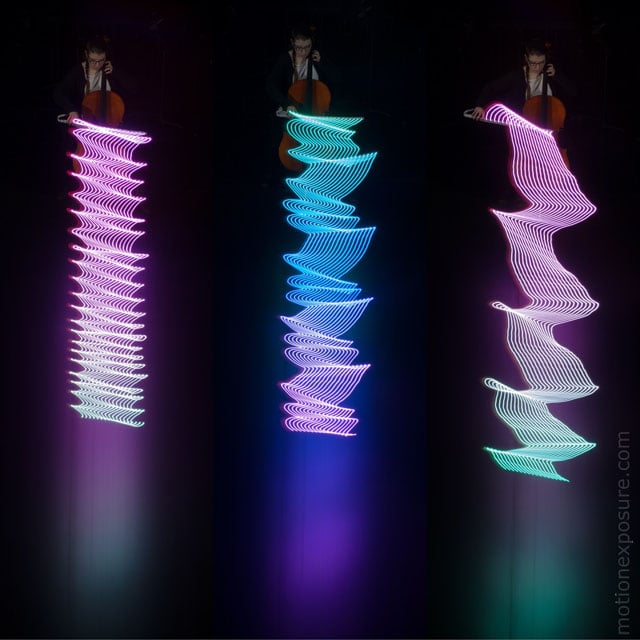 For some of the images in the series, Orlando overlaid the sheet music used by the musician while playing that particular piece. “This image collage represents the same bars of music being played with different bowings,” the photographer says. 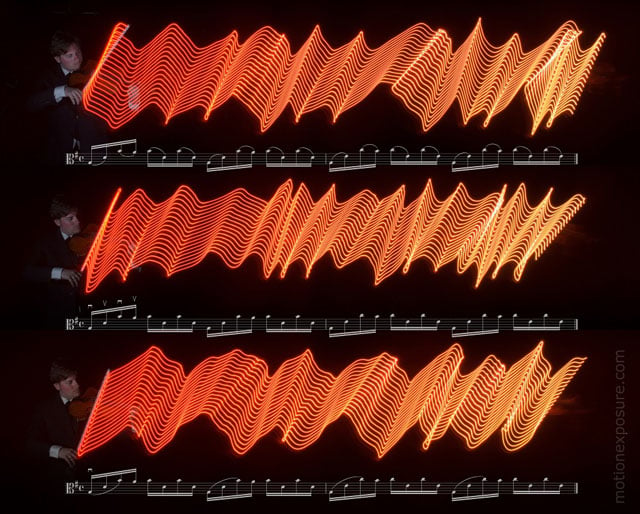 “I’m using external flashes to properly illuminate the performer,” Orlando reveals. “Since the during of the flash is so short even if the camera is moving the performer is sharp in the photo.”

(via Stephen Orlando via Colossal)

Image credits: Photographs by Stephen Orlando and used with permission

‘The Bigger Picture’: Flashcards and an App for Photo Challenges and Inspiration