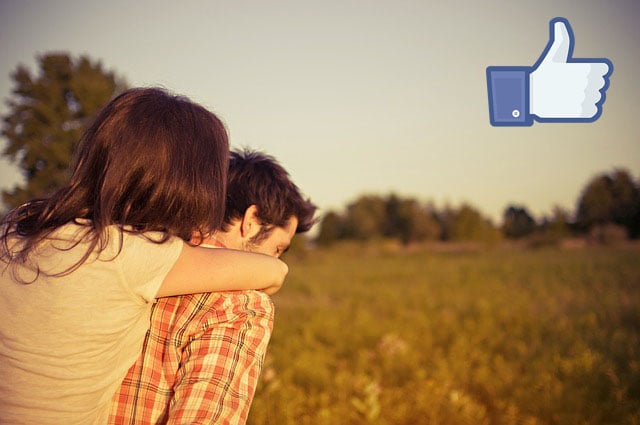 The next time you roll your eyes at yet another photograph of two couples embracing on social media, consider this: they are more likely to remain together than a couple who doesn’t plaster their love across the Internet.

Scientists Catalina L. Toma and Mina Choi of the University of Wisconsin-Madison came to that conclusion after a recent study on “the association between Facebook self-presentations of coupledom and relationship longevity among college-aged dating partners.”

They examined the relationships of 212 undergraduates at their university over six months, measuring the couples’ relative involvement in sharing about their relationship publicly on Facebook.

After the half-year study, researchers found that “Facebook self-presentational cues (i.e., being listed as “in a relationship,” posting dyadic photographs, writing on the partner’s wall) were associated with an increase in relationship commitment for dating couples, which, in turn, increased their likelihood of remaining together after 6 months.”

Also, contrary to what the researchers thought they would find, “the number of mutual Friends and the number of posts written by partners on participants’ walls were negatively related to relationship commitment.”

“It’s the idea that the claims people make about themselves in public are likely to become internalized about what they think about themselves,” Toma tells Yahoo Health. “People bridge that gap, and we become who we claim to be.”

“Research suggests that the extent to which people tell others about their relationships and gain their approval is correlated with the relationship lasting longer.”

The findings of the experiment were recently published in an article titled “The Couple Who Facebooks Together, Stays Together” in the journal Cyberpsychology, Behavior, and Social Networking.

So, when you see a constant stream of lovey dovey photos being shared by your friends, just know that it may be helping to build their relationship. And if you’re in a relationship yourself — one that you want to stay in for the long haul — you may want to think about sharing some photos yourself!