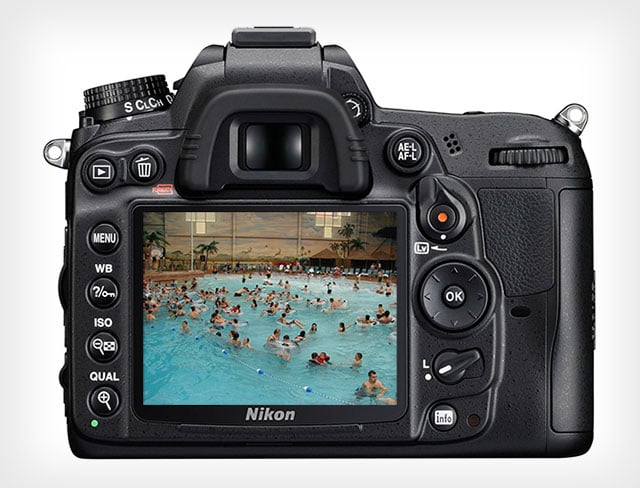 If you’re a photographer in Fargo, North Dakota, beware: if someone thinks you’re acting “creepy” or “suspicious,” you could have your reputation destroyed in a very public way.

Just days after one photographer was kicked out of a McDonalds after taking pictures of kids, another photographer has been banned from Fargo’s public pools and shamed online after being accused of the same thing.

Fargo newspaper The Forum reports that 26-year-old Kirk Ludwig has been banned from public pools after a local barber named Jed Felix spotted him “taking pictures of kids in their swimsuits” through a window at a public pool.

Felix snapped photos of Ludwig taking pictures and then shared the shots on Facebook.

That post, which has since been deleted, was shared over 4,500 times and attracted a large number of angry comments.

“[Ludwig] was very calm during the entire thing like he knew that he was in the right,” Felix wrote. “He said that until it’s illegal, he’s going to keep doing it.”

Ludwig, a married man who has a daughter, was questioned by police after the incident and had his camera subjected to a forensic search. Despite not finding anything illegal — including in the deleted files that were recovered from the memory card — authorities decided to ban him from public pools for 3 months because he was “lurking around, crouched down, and taking pictures through a window.”

“This is completely destroying my life,” Ludwig tells The Forum. “And I’m very certain that I’m gonna lose my job.”

He has reportedly received threats of violence and murder in the aftermath of Felix’s Facebook post, prompting Ludwig to change his physical appearance. Ludwig insists he’s simply a professional photographer who does candid street photography.

“I understand that I looked like a creep,” he’s quoted as saying. “What might be OK and normal behavior in a big city is just interpreted as weird and creepy in a small city.”

Image credits: Header illustration based on photo by Counselman Collection