A group of Google researchers have created a new system called DeepStereo that can predict views of scenery it has never seen before. The technology allows a collection of images to be turned into a three-dimensional walkthrough using sophisticated algorithms to fill in areas that were absent from the photographs — interpolating missing frames for a smooth experience.

The 2-minute video above shows some examples of what the system can create using Street View-style still photos.

DeepStereo works by taking input photos and extracting depth and color information from the images and turning that information into a 3D space. It then fills in missing areas of that 3D space by making educated guesses based on the original photos.

They found DeepStereo was able to create artificial recreations of those missing images that are difficult to distinguish from the actual photos. 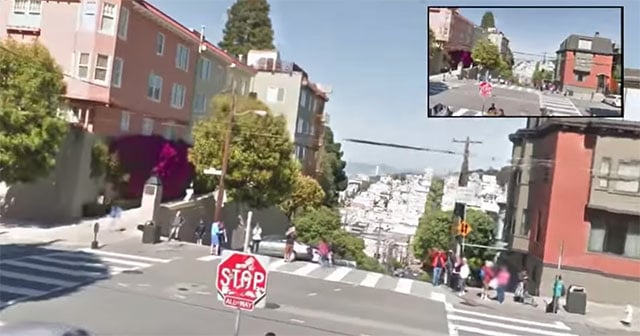 There is a major downside though: scientists say it currently takes over 10 minutes on a powerful computer to create a single synthesized image. This figure will undoubtedly go down as technology improves, but right now we’re a long ways away from seeing this algorithm rapidly produce live images before our eyes.

If you’re interested in learning more about the technical details of DeepStereo, you can read the paper published by the Google researchers here.

(via ArXiv via MIT Technology Review)

P.S. Back in 2013, we shared a different (but similar) research project in which scientists recreated 3D scenes using 2D photos.