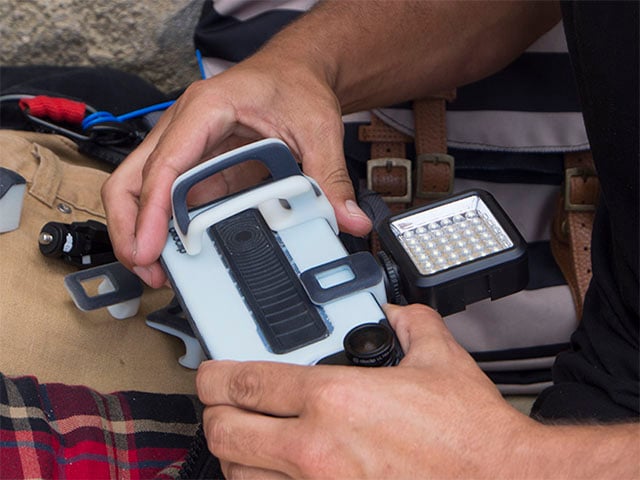 Four years ago we were introduced to the olloclip on Kickstarter, and now the company’s series of lenses are some of the most popular lenses available for Apple’s iPhone. And olloclip isn’t just stopping there. Recently, the company announced another Kickstarter campaign for their new studio mobile photography system and they want the help of the community to bring the product to life. 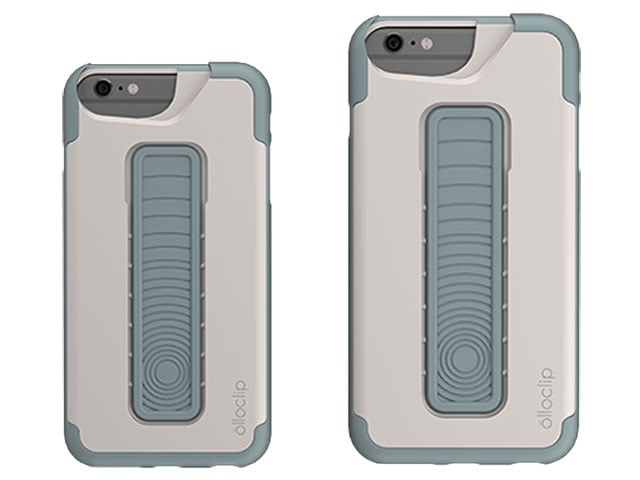 The olloclip Studio is a specially designed iPhone case that allows mobile photographers to easily clip on a number of accessories to their smartphones. The heart of the project is, of course, the case itself, which was built to ‘withstand most accidental drops’. The company will be announcing available colors for the unit on Kickstarter based on votes by the community. 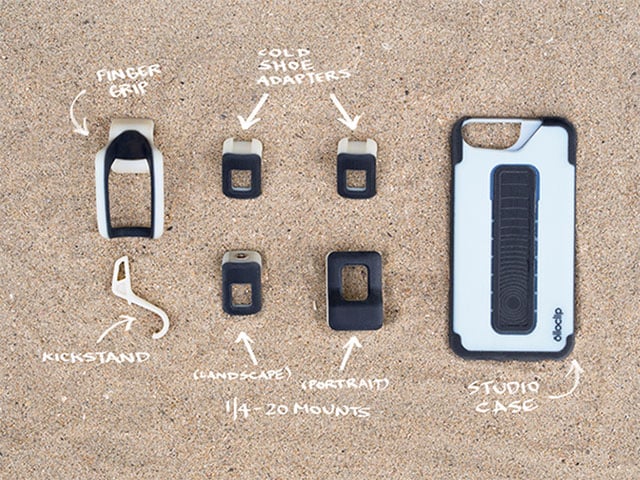 The initial ‘accessory kit’ includes a number of different options to utilize. First, olloclip is including a sturdy two-finger universal grip, so you’ll never drop your device while shooting. Second, two cold shoe attachments will be included for attaching lights or microphones to your rig. Third, two adapters will be included for securing the Studio case to a tripod (or other accessories) via 1/4-20 tripod-mounts. And lastly, a nifty kickstand will also be thrown into the collection.

There are seven reward tiers for those looking into the olloclip Studio’s first production run. The first costs $35 and includes a Studio case for iPhone 6/iPhone 6 Plus and a kickstand. The second tier costs $60 and contains the Studio case with the entire accessory kit. The next four tiers range from $110-$225 and include different olloclip lenses if you don’t already have a set. Lastly, if you are passionate about the company, $2500 will get you the premier package and a 3-day expedition in Southern California with the founder and the inventor of olloclip.

The olloclip Studio is a simple idea that allows photographers and mobile cinematographers to easily capture content on the run. Those who are interested in backing the project can check it out on Kickstarter by clicking here. Backer shipments are set to begin this late September.

Video: How Rosco Makes Its Swatchbook of Colored Filter Samples