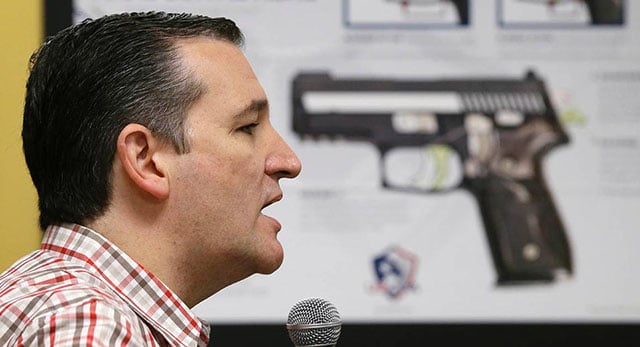 Associated Press photos of presidential candidate Ted Cruz sparked controversy and criticism this past weekend after people noticed that they showed a handgun pointed at the Texas senator’s head. The blurry gun was part of a poster that was in the background of the scene.

Politico reports that just one day earlier, Cruz had accused the Democratic Party of using the Charleston church shooting “to take away the Second Amendment rights of law-abiding citizens.”

The conservative news website Breitbart points the finger at AP photographer Charlie Neibergall and his photo editor, saying that Neibergall could have just shifted his feet to the right or to the left, or that the AP editor could have chosen one of many other photos from the sequence that didn’t show this particular framing. 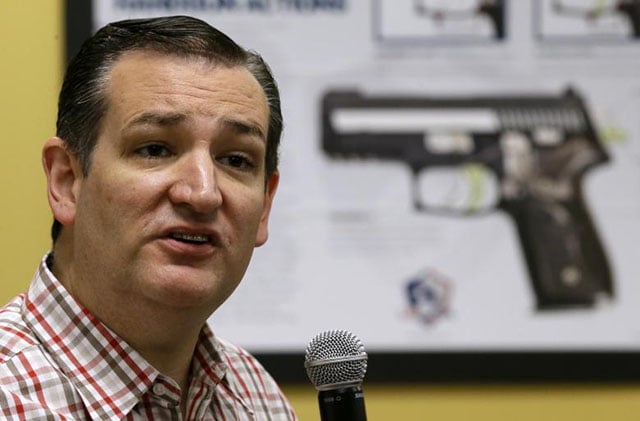 AP media relations director Paul Colford responded to accusations of bias by saying that there wasn’t any evil intent behind the photos.

“Presidential candidate Ted Cruz was shown in a series of 14 photos taken by an Associated Press photographer at a ‘Celebrate the 2nd Amendment’ event Saturday afternoon, held at a shooting range in Johnston, Iowa,” he says. “Five of the photos published by AP included images of guns seen on a wall in the background so that it appeared a pistol was pointed at Sen. Cruz’s head.”

“The images were not intended to portray Sen. Cruz in a negative light.”

Taylor Swift Photo Contract: Break Our Rules, and We Can Break Your Gear