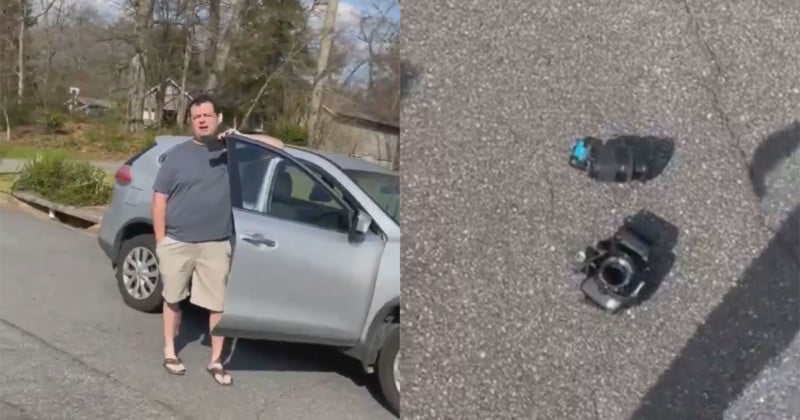 An Alabama fire chief was arrested in Georgia after pulling a gun on a real estate agent and photographer who had booked a viewing at his for-sale home. The realty team claims the incident occurred because of their skin color while the fire chief’s attorney called the legal charges “baseless.”

AL.com reports that Tarrant Fire Chief Jason Rickels, 43, was charged with aggravated assault with a deadly weapon, possession of a firearm during commission of a felony, and second-degree criminal damage to property.

The real estate agent, Regina Lee of PalmerHouse Properties, and the photographer, Dwayne Clifford Boddie, owner of Dope Videos unlimited, had arrived at Rickels’ property in Roswell, Georgia, on Friday to shoot photos and videos at the $925,000 luxury farmhouse.

The duo tells officers they had scheduled a client viewing of the home and had arrived early with a crew of 6 other people (including a makeup artist) to shoot photos of Lee for marketing purposes prior to the viewing.

Melody Rickels, Jason’s wife, then saw on her Ring camera that the crew had entered the home with bags. Believing that the scheduled viewing was actually a burglary scam, Melody had her real estate agent ask Lee to leave. When Lee didn’t leave immediately, Melody called her husband and then the police to report that their house was possibly being burglarized.

Lee claims that Jason Rickels then arrived in his SUV and blocked Boddie’s vehicle in.

“Jason (Rickels) asked him, ‘What are you doing?’ to which Dwayne (Boddie) stated he was doing video for a job and showed Jason his camera to prove what he was doing,” the police report states. Rickels then reportedly grabbed the camera, smashed it on the ground, and said, “not here, you’re not.”

The fire chief tells police that he had feared the black object Boddie grabbed from the car was a gun.

In a smartphone video recorded by Boddie after his camera was smashed, the photographer can be heard saying: “You pulled a f*** gun on me. Jumped in my car and broke my f*** camera.” (Warning: the video contains quite a bit of profanity).

I spoke #exclusive.ly with a realtor & photographer who believe because of the color of their #skin a homeowner pulled a gun on them while they were scheduled to view his for sale house. Arrested by Roswell Police, The homeowner, Tarrant #Alabama Fire Chief Jason Rickels. @cbs46 pic.twitter.com/Ool00cM8SD

After destroying the camera, Rickels then allegedly brandished a 9mm Ruger handgun and threatened to shoot the photographer if he moved. He tells police that several people were “cussing” and “approached him aggressively” while he was calling 911 and that he had pulled his weapon in fear that one of the men could possibly have one too.

Neighbors who witnessed the incident also reported seeing one of the photographer’s crew members “pull out a long automatic rifle” from a vehicle. Police believe what the witness saw was actually a pole used for lighting in photography, AL.com reports.

Lee and Boddie tell Atlanta media that they believe they were targeted because they are Black.

“I feel he didn’t see anything but the color of our skin because even the photographers had their logos of their companies on them,” Lee tells CBS 46.

“Unfortunately it’s sad that even while I’m working hard to provide for my family as a single mom, I have to encounter hatred and racism because of the color of my skin,” Lee writes in an Instagram post. “Jason Rickels Fire Chief of Tarrant Alabama pulled out a gun and pointed it at my photographer and I as well as destroyed property while cursing me out and saying that I wasn’t a REALTOR but a Scammer! […]

“[H]e even lied to the police in front of me by saying he thought my photographers camera was a gun… But yet he still reached and grabbed this so called gun (camera) while the photographer was already in his vehicle and smashed his camera.”

Rickels’ attorney, Brian Steel, says the charges against his client are outrageous and meritless.

“This is a baseless charge,” Steel tells AL.com. “The bottom line is we are going to fight this case ethically, lawfully and zealously until the end and Chief Rickels will be exonerated. He has done nothing wrong.”

Tarrant Mayor Wayman Newton released a statement in the aftermath of Rickels’ arrest.

“The City of Tarrant is aware of the current situation surrounding Fire Chief Jason Rickels,” Newton says. “The City is taking this very seriously and is looking into any violations of City policy. As per City policy, we will refrain from commenting on any personal issues off personnel in a public forum.”