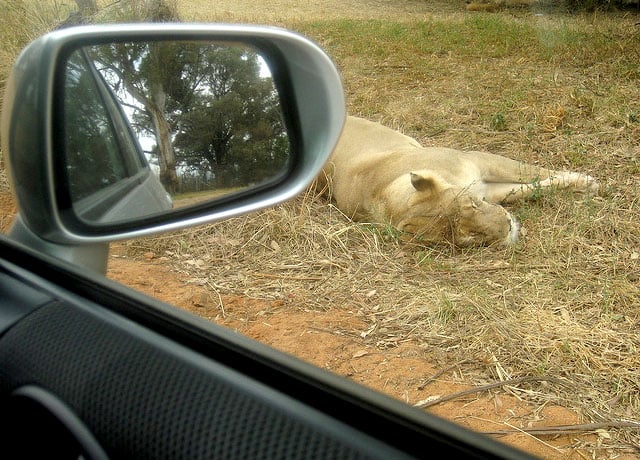 If you ever have the opportunity to photograph lions from the safety of a car on a game preserve, be sure you heed the warnings to keep your windows closed and doors locked — it could save your life.


The dangers of having your window open made headlines this past Monday after a 29-year-old American named Katherine Chappell was attacked and killed by a lion she was trying to photograph.

Visitors to the popular Lion Park in South Africa are greeted with numerous signs and flyers instructing them to secure their cars. One flier reads: “Please be aware that wild animals by nature are dangerous. Keep your window closed and doors locked at all times while driving through our camps.”

Despite these warnings, at one point during her drive through the park, Chappell decided to roll down her window in order to photograph a lioness that was standing just a few feet from the car.

Without warning, the lioness suddenly lunged into the car through the open window, mauling and killing Chappell.

The Telegraph reports that police have taken Chappell’s camera in order to piece together what happened.

Leaving your car doors unlocked can be dangerous as well, because lions have been known to open car doors by themselves.

A group of photo-snapping visitors to South Africa got quite a scare last year after having their car door opened by a lioness:

“Did you know lions could open car doors?” writes Joshua Sutherland in the description of his video, which has been viewed over 13 million times now.