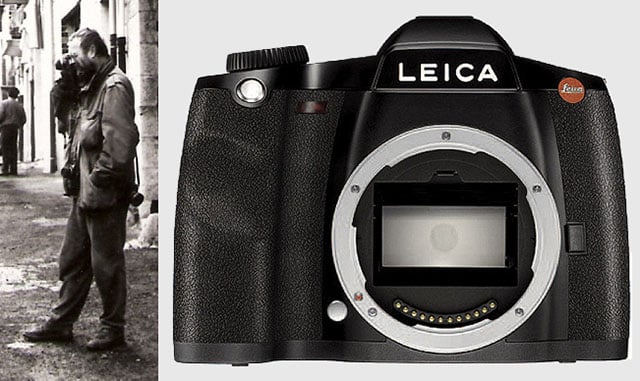 Here’s one of the perks of being a world famous photographer: having a major camera company make you a one-of-a-kind camera. When Czech street photographer Josef Koudelka made his jump from film to digital, Leica helped make his transition easier by creating a one-of-a-kind panoramic version of the S2 for him.

Koudelka first mentioned the camera back in 2013 in an interview with the New York Times. The photographer spoke of the challenge of shooting panoramas on 120 film, which can cost $200 for 20 rolls. He could find a sponsor for projects, but then that limits creativity and puts pressure on the photographer to finish the work.

“I was using this Fuji panoramic — but the problem was everyone stopped developing the film,” says Koudelka. “You can’t get 220 film anymore and you needed to carry about 35 kilograms extra.”

“I went to Leica and they did one camera for me that was digital panoramic, which is this S2 camera, and they make two lines and set it on black and white,” he continues. “I made four trips with it together with the film camera.”

“In the last two trips I realized I was taking more pictures with this Leica and I am enjoying it more. The result is very comparable. The lens was exactly the same.”

So it seems Leica made Koudelka a unique S2 medium format camera that produces black-and-white panoramic photographs — most likely by cropping out top and bottom bars from the original, full image. 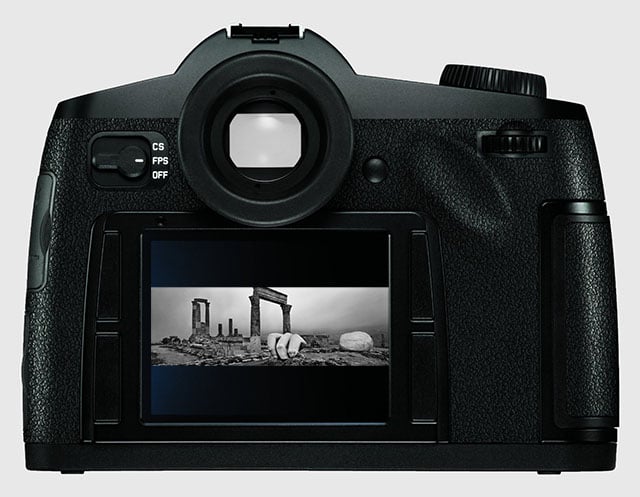 Koudelka mentioned the camera again this past March in an interview with the Huffington Post.

“Digital photography helped me to go ahead with my work. It helped me not to be dependent on sponsors which for my panoramic pictures I would usually have to be, even if just to buy the film, develop it and make the contact sheets,” he said.

“When Leica made a digital panoramic camera for me — which gave me a similar result to the analogue camera I was using before — I was very happy, because now I could pick up my camera, call my friends which I have all over the world, and just say, Can I sleep in your house?”

“I no longer need to carry with me 35 kilograms, only about 10 kilograms, and I don’t need to go through the X-ray machines which I really dislike. So the digital camera makes it easier, and also more interesting. I am 77 and I can say, Vive la Revolution!”

Review: The Zeiss Otus 85mm f/1.4 is a Stellar Prime Lens for Portraits