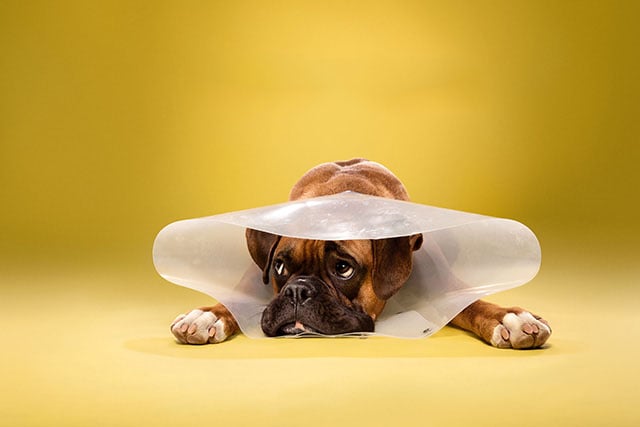 If there’s one things dogs don’t like, it’s the Elizabethan collar, popularly known as the “cone of shame” or the “pet lamp-shade.” It’s a protective medical device that’s also commonly used by owners to discipline dogs when they do something bad.

For his new project titled Timeout, photographer Ty Foster shot a series of portraits of dogs that captures the sadness and embarrassment caused by wearing the cone of shame.


“For those of us who have pets I think we’ve all experienced the pain and hardships that accompany the plastic prison that is the cone and I really wanted to showcase those emotions and hardships in this series,” Foster tells PetaPixel.

“Timeout is a series about those hardships that are associated with the cone of shame – emotionally and physically,” he writes. “From being a hinderance at food time, giving the cat a ‘torment handicap’, and preventing the simplest pleasure of scratching behind your ear, Timeout showcases how dogs truly feel about the plastic prison that is the cone.” 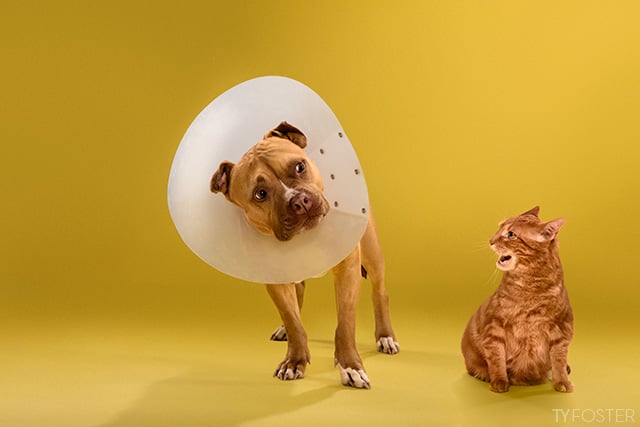 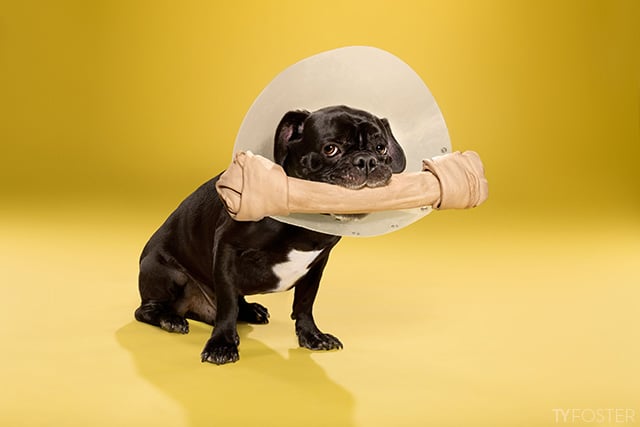 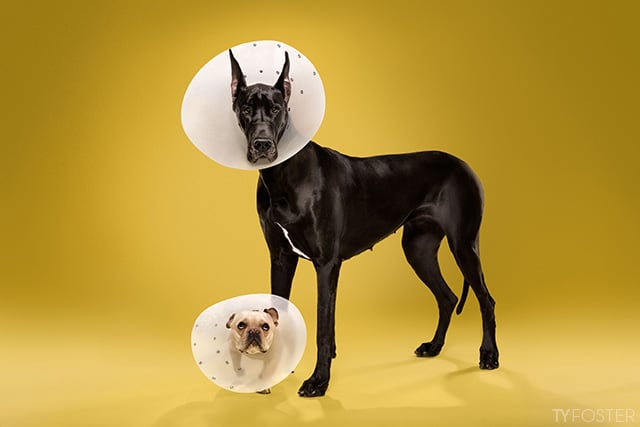 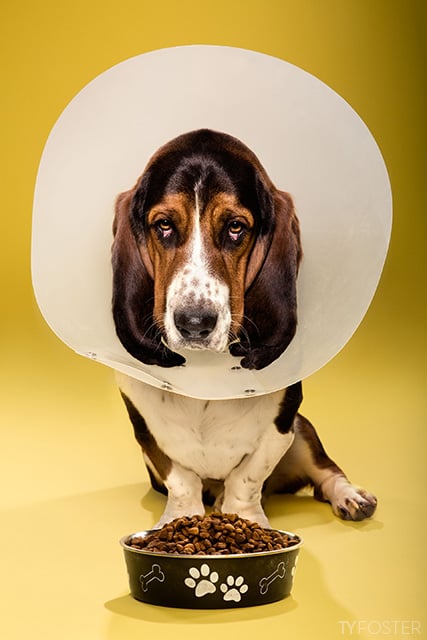 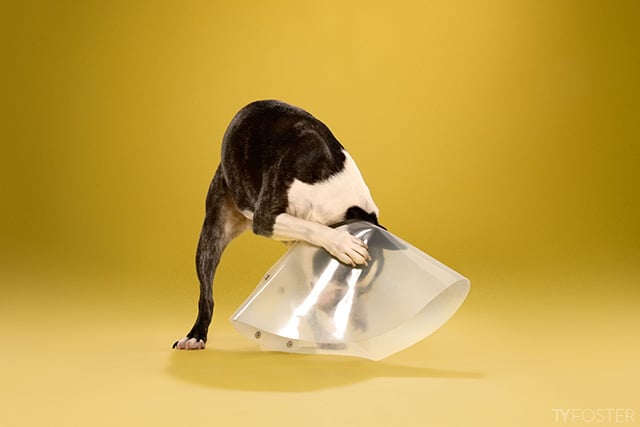 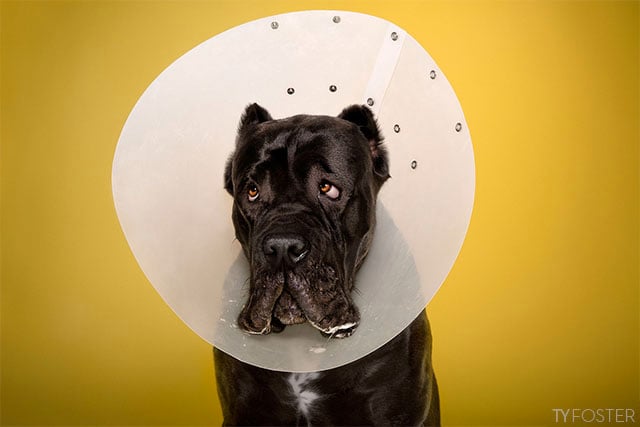 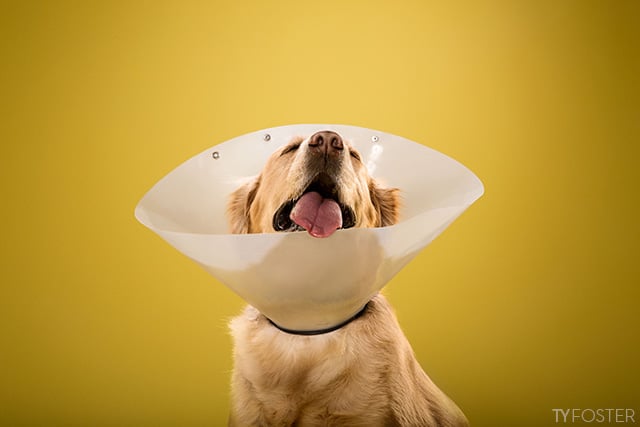 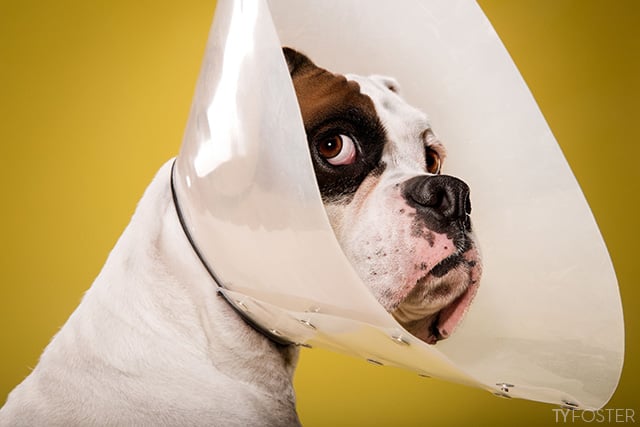 The entire series can be found in this gallery. You can also find more of Foster’s work on his website and Instagram page.

P.S. Pixar’s animated film Up helped popularize the term “cone of shame.” Here’s a clip from the movie: