Time-lapse photographer Enrique Pacheco shot this beautiful time-lapse at Salar de Uyuni in Bolivia, the world’s largest salt flat. The 4,000-square-mile area is a popular destination for photographers, as the ground reflects the sky in ways that blur the distinction between heaven and earth.

Pacheco captures this natural beauty in motion in this 3-minute film titled “Reflections From Uyuni.” 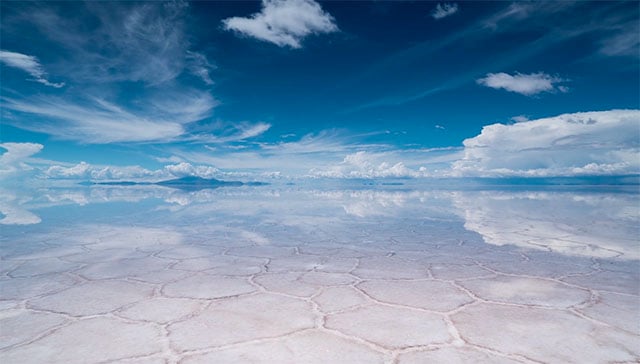 “The reflections produced by the water flooding in the rainy season are the main protagonist Enrique Pacheco´s camera,” the description reads. Pacheco “invites us to dream with impossible images from another world, where the sky meets the earth forming an infinite mirage.”

Everything you see was shot using a Sony A7 and Sony A7s with Zeiss FE 16-35mm f/4 and A 70-200m f/2.8 lenses. Pacheco has released a set of free wallpapers from this film on his website.

(via Enrique Pacheco via Fstoppers)