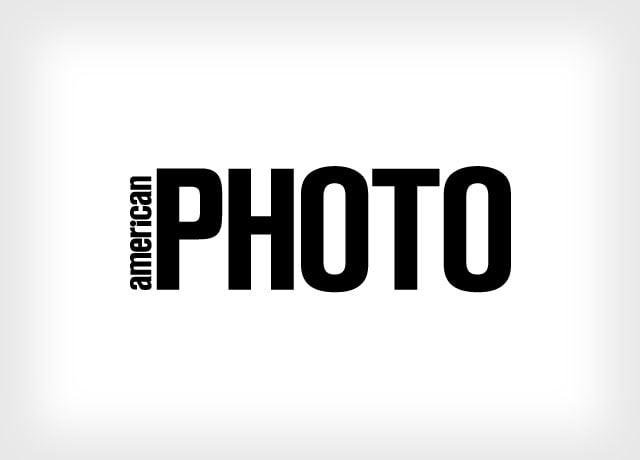 American Photo Magazine has sent out its last issue and says that its ceasing publication. This marks the end of the road for a notable photography magazine that spanned decades.

Photographer Bob Cooley, who has been a subscriber for nearly two decades, tells us that the latest issue he received was a copy of Popular Photography magazine. Here’s the message that was attached to the front: 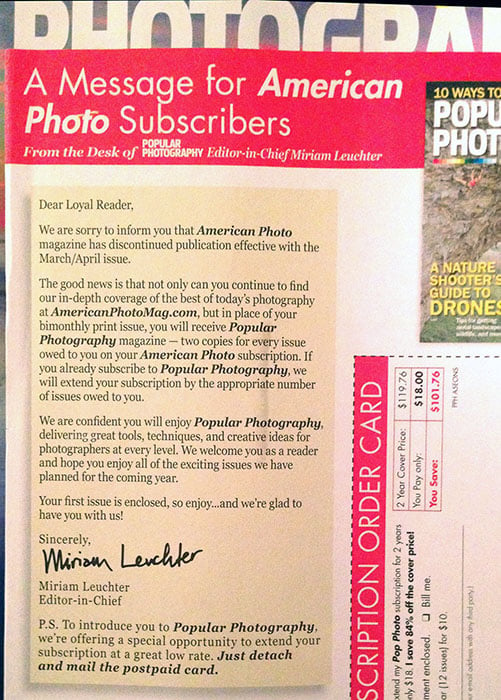 In the note, Pop Photo editor-in-chief Miriam Leuchter writes that American Photo has discontinued publication effective immediately, and that existing subscribers will automatically be receiving copies of Popular Photography instead. If the reader is already subscribed to Pop Photo, their two subscriptions will be combined into one longer subscription.

Popular Photography and American Photo Magazine are both owned by the same parent company, the Bonnier Corporation.

Bonnier reported in early 2015 that American Photo had a total print circulation of 100,000 and audience of 1,092,000. The brand will now live on solely through the American Photo website, which Bonnier says has an average monthly readership of 100,000.

Portraits of Dogs Before and After Bath Time