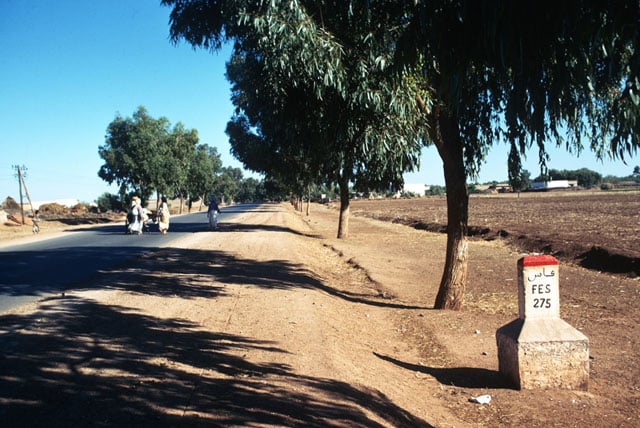 Peter Fordham was a British photographer best-known for his music work in the 1970s. If you own a copy of John Lennon’s ‘Imagine’, his second solo album, you’ll be familiar with his work. Fordham was the photographer who took the picture of Lennon, sat at his white piano with a pair of headphones on, at Lennon’s Tittenhurst Park home where the 1971 album was recorded. It’s a classic of rock music photography, Lennon singing into a hard black mic set against a stark white room, and was included as a fold-out poster in the album.


At some point recently, Fordham, who lived in south-east London, died. His death went unheralded; there’s no trace of an obituary on the Internet, though I have found out he lived in East Dulwich, a few miles walk from my flat. I don’t know if he left family. But I do know he left piles of photographs and slides, a personal photographic history.

A few months after moving near Greenwich, I discovered an antique market called The Junk Shop. It’s an Aladdin’s cave of everything from old furniture to toys to all sorts of other knick-knacks. There, in a box next to an old dresser, I found a stack of old Kodak slide boxes, filled with old Kodachrome slides. On the side of several was Fordham’s name. And inside was a time capsule of the 1970s – not of London, but of Morocco.

It might not have been a discovery akin to that of Vivian Maier, but I knew I had seen the name before (probably in my 15-odd years as a music journalist). I bought the pictures – around 100-odd slides – for about £30. It was the tail-end of a pretty comprehensive collection; apparently there had been pictures of The Beatles and of Lennon, of US singer-songwriter Stephen Stills and more, all since sold. They’re a fraction of a life in photography. 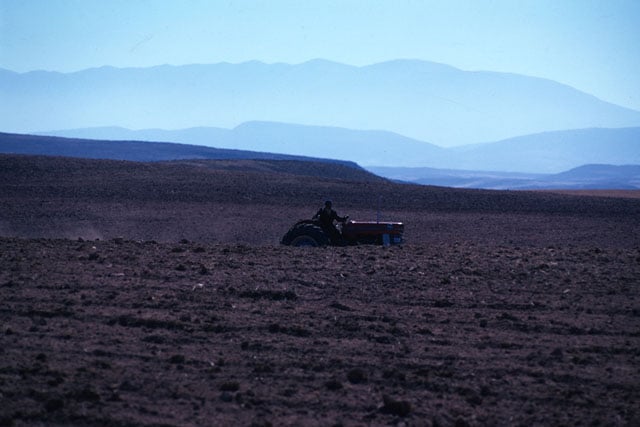 Fordham’s pictures don’t look like an editorial shoot; they look like a holiday he took, across Morocco in what seems to be the early 1970s (if the haircuts and the cars are anything to go by). Finds like these are fascinating; if you make your living from photography, what do you do on holiday? Do you leave the camera at home and switch off? Or do you bring that photographer’s eye with you?

I don’t take photographs for a living, so for me travelling is my opportunity to shoot as much as I can. It’s heartening to see that Fordham seemed to be just as enthusiastic about taking pics. These are not staged shots for adverts or an editorial shoot – these are pictures taken by a tourist who just happens to be an excellent photographer. 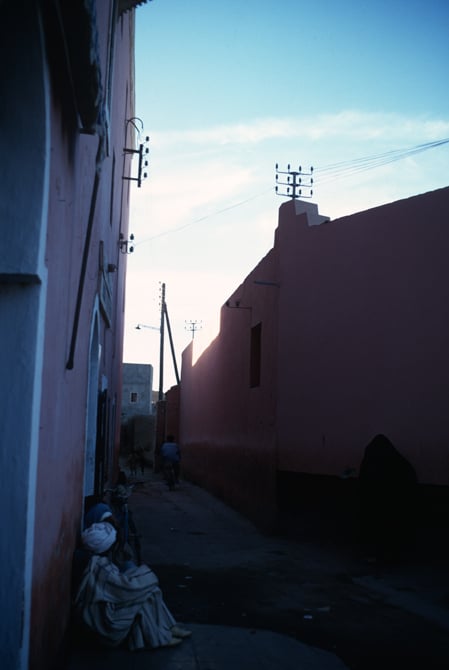 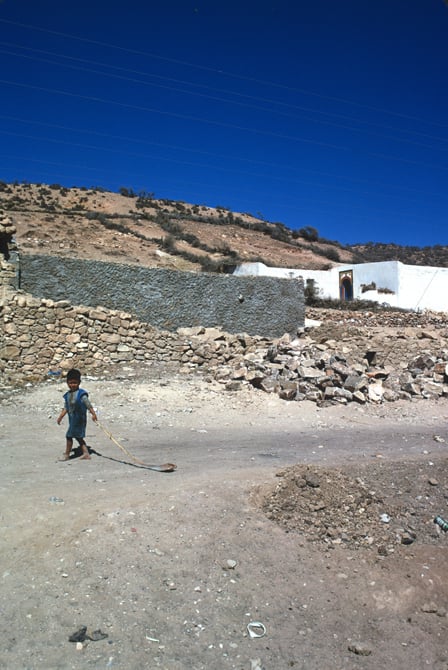 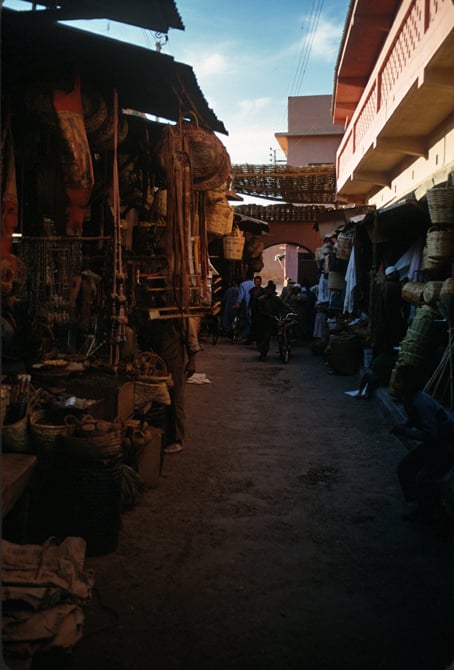 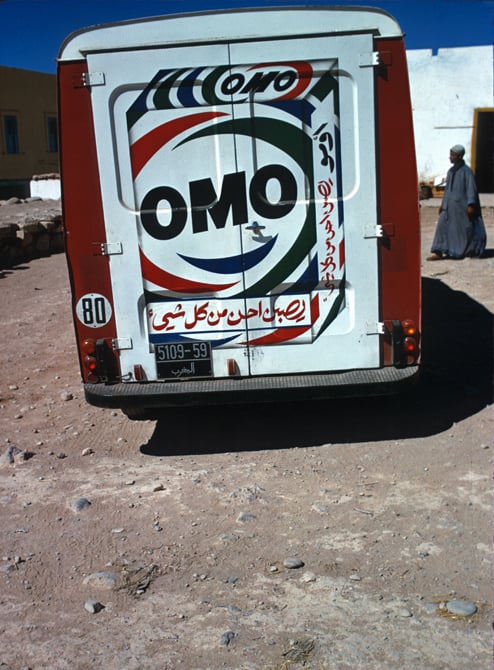 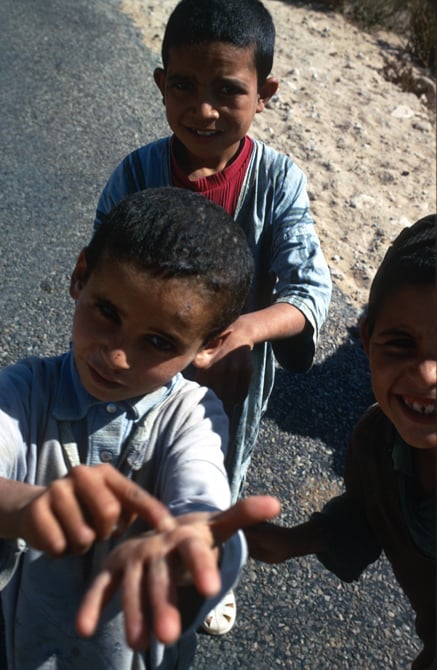 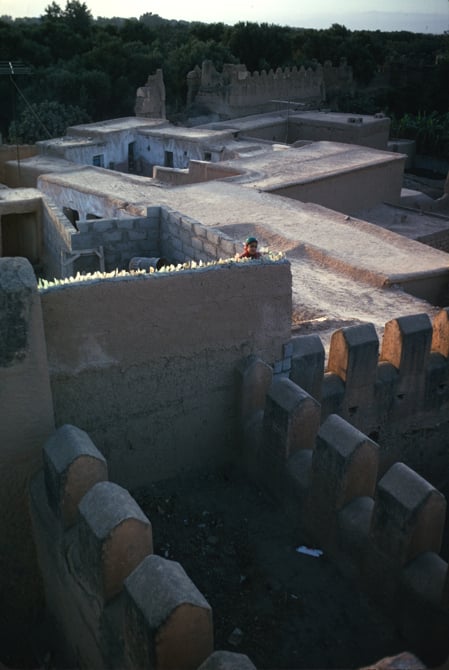 What’s slightly spooky is that I found Fordham’s photographs only a week or so after arranging to travel with my mother, brother and sister-in-law around Morocco, travelling from Tangier to Marrakech.

These pictures showed streets and markets I would visit only a few months later, separated by some 40 years. The strange thing is that, aside from more modern cars and a fair few people chatting on mobile phones, much of the Morocco that Fordham shot looked very much the same. I can recognise the main square in Marrackech and the hard slants of sunshine through the slatted roof of the medina souk. There are pictures of a rock seller that is probably somewhere on the roads twisting along the Atlas Mountains, and the camping site, I think, is on a stretch eventually leading to Ben Haddou, the ‘Door to the Sahara’. 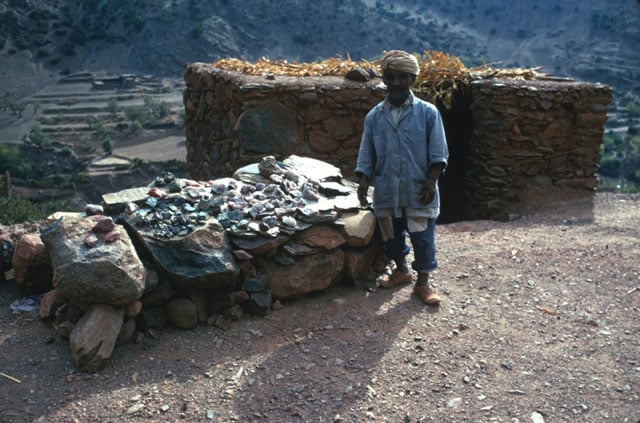 Fordham’s pictures are not those of a street photographer who pushes themselves into the streets, there is a sense of holding back, of watching the world go by. Westerners were not exactly an uncommon sight in Morocco in those days – the likes of Marrakech and Essaouia had been made famous by rock icons like Jimi Hendrix and Led Zeppelin – but it was nothing compared to the steady trail of tourists that visit the country today. Most of Fordham’s people pictures are of curious kids or street scenes from a distance.

There’s no denying Fordham’s eye. There’s a shot along a busy street in dawn or evening light; a line of parked cars leads to a solitary figure sitting on the pavement. In another, a twilight town square highlights a woman dressed in bright blue. The stone markers by the roadside shine in clear, bright African light, and the vistas of hills rising above the sun-baked plains. 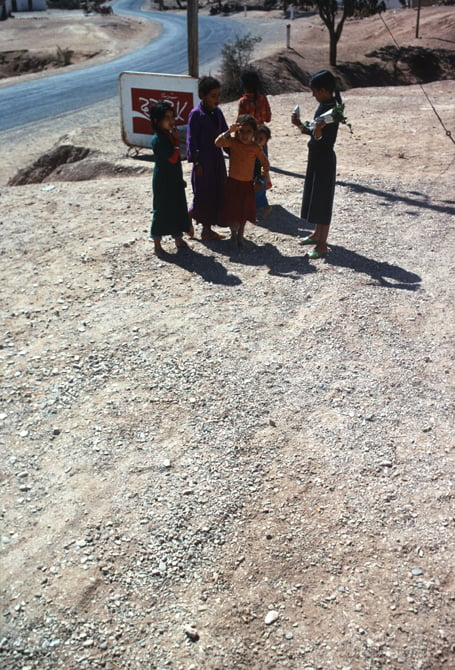 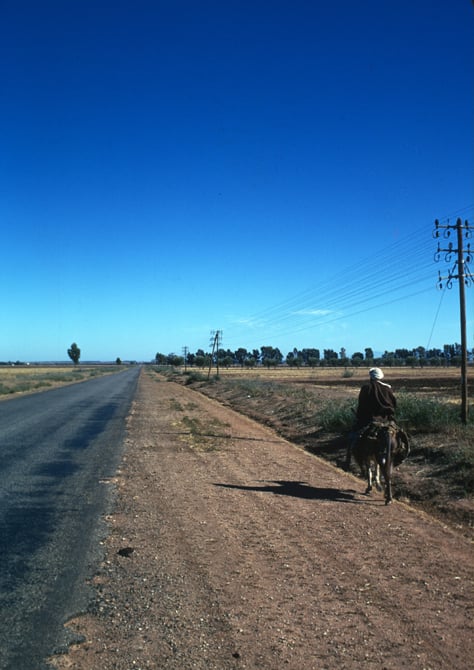 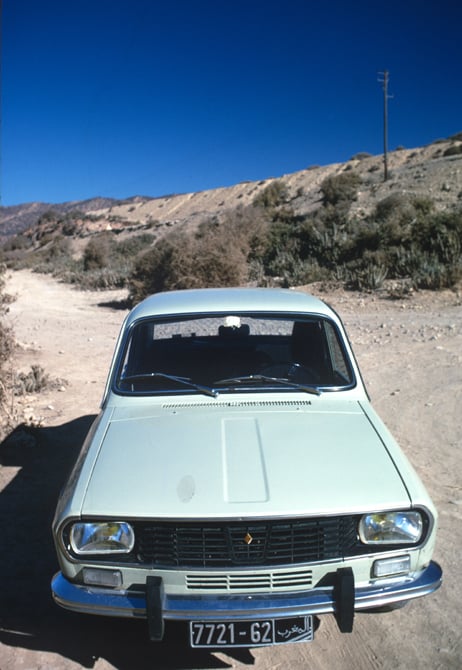 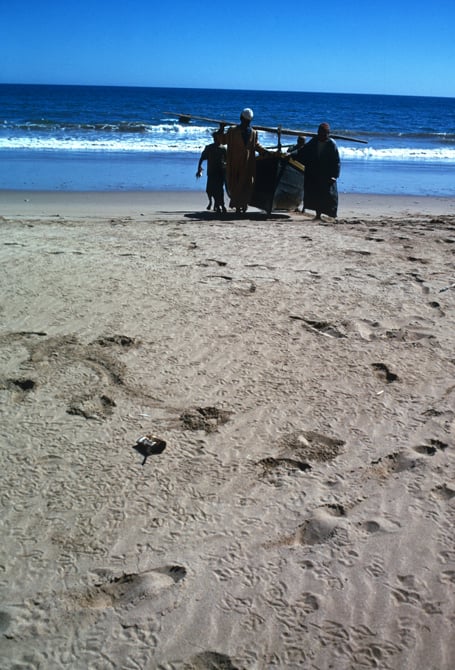 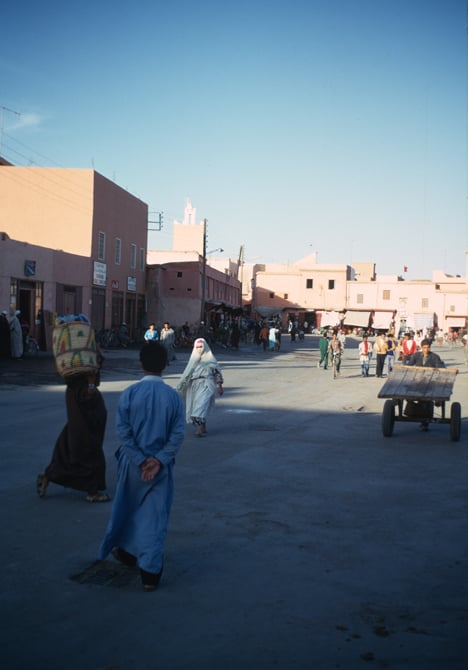 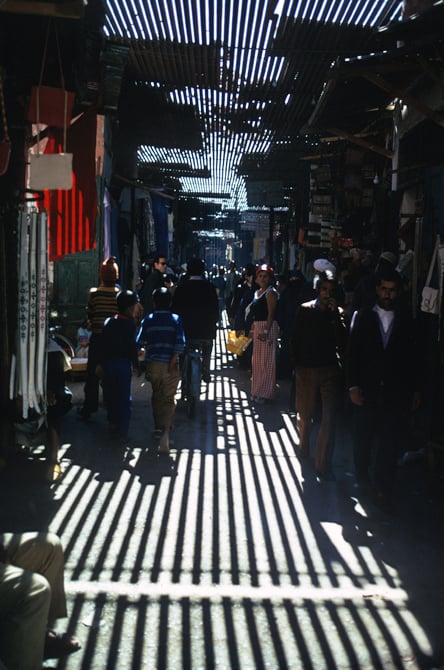 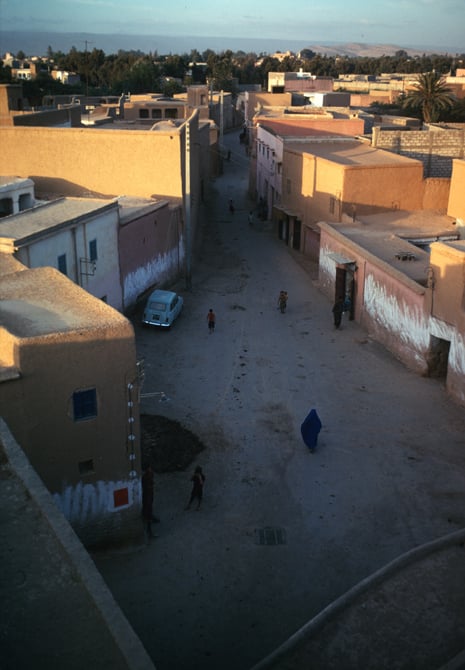 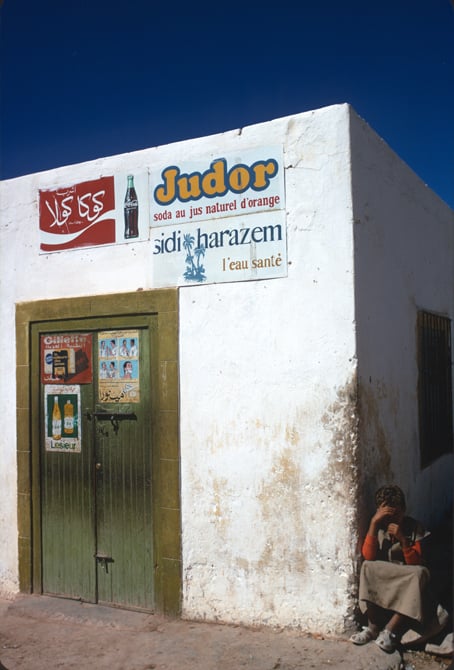 I never had the chance to shoot with Kodak’s Kodachrome slide (though my old boss on the BBC News website’s pictures desk, Phil Coomes, did a fantastic project shot during its final days) and Fordham’s pics showed me just what an incredible film it was; the scanning doesn’t do justice do the colours, which look incredible even after 40 years stored in their plastic boxes.

These are beautiful pictures, a slice of Moroccan history taken by a photographer who clearly deserved wider recognition. I hope he would approve with them being shared.

About the author: Stephen Dowling is a transplanted New Zealander who has been living in London since 1994. He is a writer by day and a photographer in his free time. You can find his photos and writing on his website, blog, and Flickr. This article originally appeared here.

Portraits of New Mothers With Their Day-Old Babies