Hang Son Doong is a cave in Vietnam that’s currently the largest known cave in the world. Inside is a vast green jungle-like world and underground river that looks like something out of the movie Avatar.

Photographer Ryan Deboodt recently brought his DSLRs and camera drone into the cave to capture what it’s like from both the ground and the air. The 6-minute video above is the “otherworldly journey” he was able to capture.

Many of the shots feature visitors to the cave to show scale — the cave is enormous. The largest chamber in the cave is more than 3.1 miles long, 660 feet high, and 490 feet wide. Some of the stalagmites found inside are up to 230 feet tall.

Deboodt says he was shooting with a Canon 6D and 16-35mm lens on the ground and a DJI Phantom 2 and GoPro HERO4 Black from the air.

The drone footage was captured near the entrance and at two gigantic “skylight” areas found 2.5 and 3.5 kilometers (1.55 and 2.17 miles, respectively) inside the cave. These are huge holes in the ground that allow light to stream into the cave. 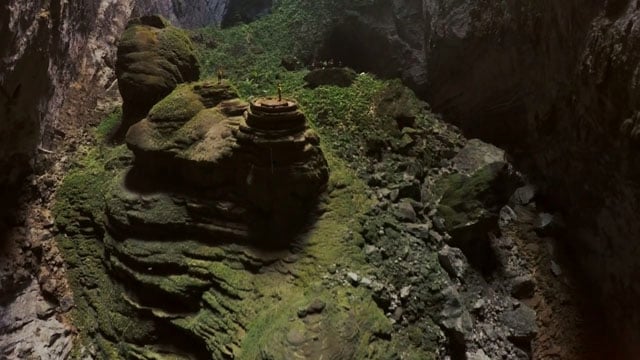 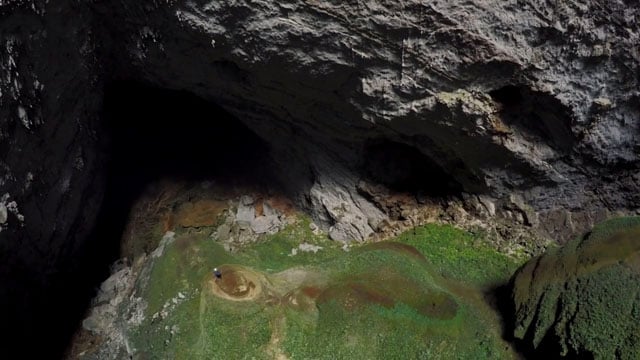 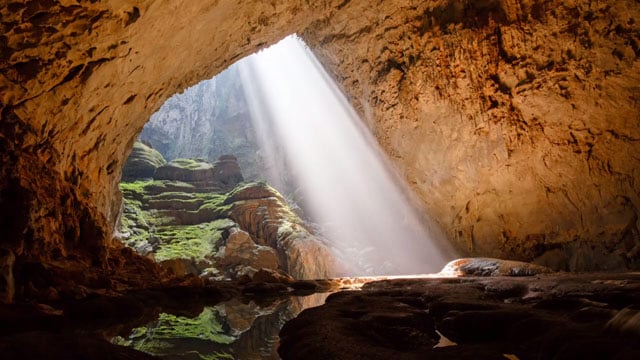 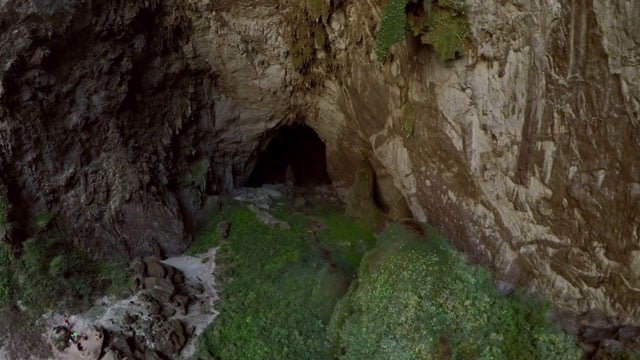 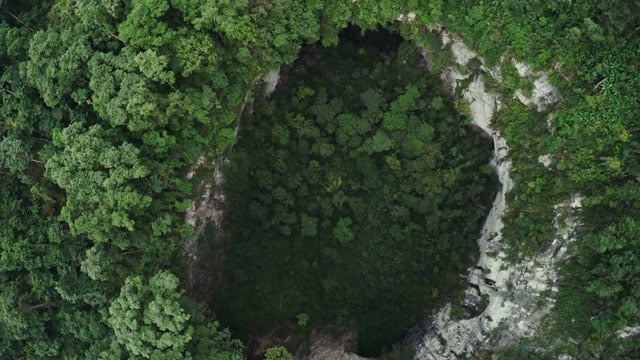 Deboodt is a cave, adventure, and travel photographer who lives in Beijing, China. Much of his work is focused on the Phong Nha Ke Bang National Park in Vietnam, where the Son Doong cave is found. You can see more of his work on his website.

Image credits: Video and stills by Ryan Deboodt and used with permission

This Dog Was Taught to Smile for the Camera