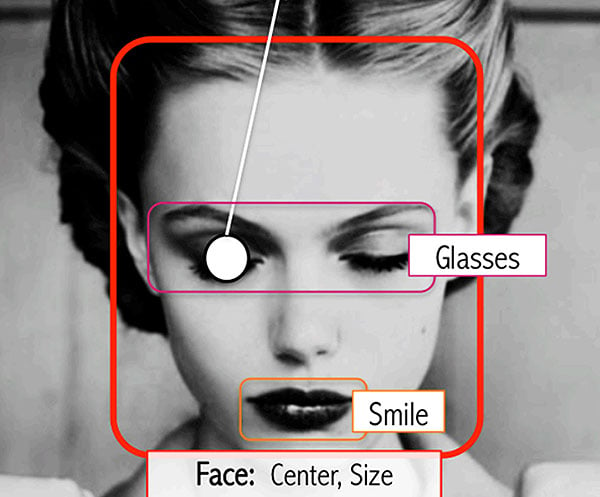 Could machines be trained to tell the difference between a beautiful portrait photo and a not-so-pleasing one? Beauty is pretty subjective, but scientists are trying to boil down the common properties of beautiful digital portrait photos so that a computer can be trained to spot them. Along the way, they’re revealing interesting new things about what people look for in portraits.


The study’s findings was published by Yahoo Labs researchers back in late January in a paper titled “The Beauty of Capturing Faces: Rating the Quality of Digital Portraits.” In it, they laid out “a specific framework to automatically evaluate the beauty of digital portraits.”

Lead scientist Miriam Redi and his team first gathered a set of 10,000 portrait photos that had been rated by humans for beauty on a scale of 1 to 10. The raters also provided keywords and phrases that described each of the photos.

The scientists took the photos and ran them through facial recognition software that determined various things about the subjects (e.g. age, sex, race, the features of the face). Next, they created a way to examine photographic attributes of the photo (e.g. composition, exposure, lighting, contrast, JPEG compression).

Finally, they examined the annotations on the photos and the originality of the shots. 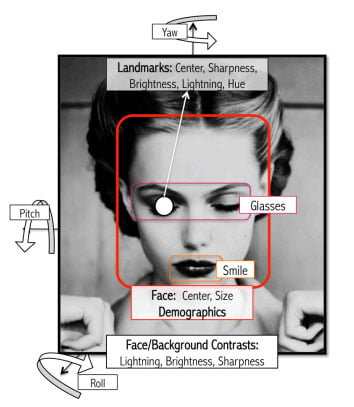 With this newfound data in hand, the scientists did some serious computation to figure out which properties of the images were responsible for the photographs being beautiful or not.

“We find that race, gender, and age are largely uncorrelated with photographic beauty,” they write. “Physical/demographic properties such as gender, eye color, glasses, age, and race show very low correlation with image beauty, suggesting that any subject, no matter his/her traits, can be part of a stunning picture.” 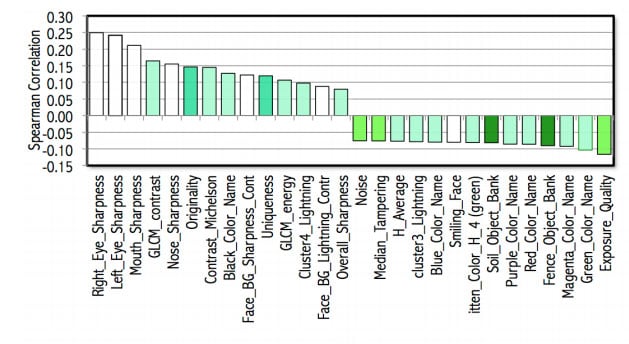 Sharpness was found to be the most important aspect of a beautiful portrait. Humans also appreciate when there is a good amount of contrast between the subject’s face and the background.

One of the interesting findings was that “exposure quality” had a negative correlation with beauty, which means under- and over-exposing photos can often cause them to become more beautiful in the eyes of viewers.

With these facts in hand, the scientists created a computer program that can measure these qualities automatically and deliver a verdict on how beautiful a photo is. “We built a classifier that is able to successfully distinguish between beautiful and non-beautiful portraits,” the scientists write.

Maybe in the future, we’ll be able to ask Siri (or our DSLR) to rate the portrait photo we just snapped.

(via Yahoo Labs via The Physics arXiv Blog)