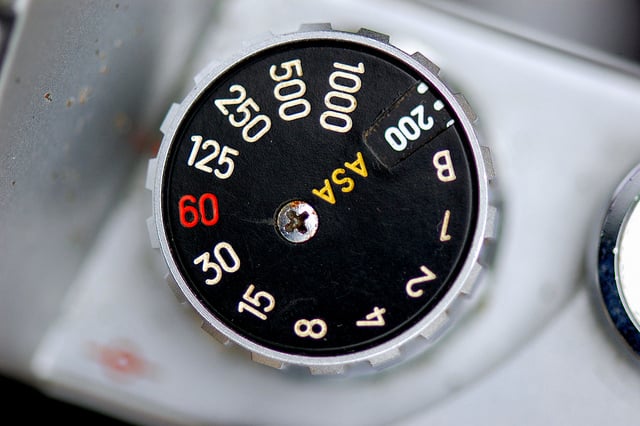 The word “speed” is used a lot in the world of photography equipment — things like lens speed, film speed, and shutter speed. But speed is generally used to refer to how quickly something travels or operates per unit time, rather than a period of time itself. So is the term “shutter speed” a misnomer?


A reader tells us that they were recently trying to explain the basic concept of shutter speed to a friend, when she suddenly realized that the term is a strange choice of words. Instead of “exposure time,” photographers often talk of shutter speed to refer to how long the shutter curtain allows the sensor or film to be exposed by light.

Here are some snippets from the long debate that ensued:

Speed is normally measured as something per second

Shutter speed is the conventional misnomer for exposure time; it’s measured in seconds.

The terminology is confusing. I would expect speed and time to have an inverse relationship – when something is done with more speed (faster), it takes less time and vice versa. If shutter speed is a misnomer as Dicklyon says, it should be noted and explained in the article.

Any physics book and many high school algebra books tell you that speed is distance divided by time. You cannot correctly say speed is any kind of time.

Generations of photographers have stumbled on the definition of shutter speed–the most fundamental of concepts. This is an encyclopedia and a place where it should be correct. You just can’t go around saying confusing things in an encyclopedia.

The photography field uses lens speed, film speed, shutter speed, and such, all unlike the physics speed you’re referring to. It’s just a different use for the same word. Don’t try to warp it to your preconceptions from a different field.

Perhaps the article should be called Exposure Time and should ignore shutter speed except for a footnote. Exposure time is the fundamental quantity. Shutter speed is the derivative quantity.

Though technically wrong, the use of “shutter speed” to mean “exposure time” is long established in photographic terminology, and as Dick mentioned, it is not the prerogative of Wikipedia editors to correct such wrongs, however annoying we may find them.

The purist approach would be to move the article to Exposure time; use of that term in so much of the formal photographic literature would make for good justification. But if the page were so moved, the term used in the article would need to follow the page move, and that might be more likely to confuse than to educate—the opposite of the purpose of an encyclopedia. A more practical approach would be to indicate in the lead section that “shutter speed” is a misnomer and use the term in the rest of the article.

The conversation ended in November 2008, a little over 2 years after it began. Here’s what the Wikipedia page for “Shutter Speed” looks like today (“exposure time” redirects to the main “shutter speed” page rather than the other way around): Head over to Wikipedia if you’d like to read the entire discussion yourself. It weighs in at nearly 6,000 words.