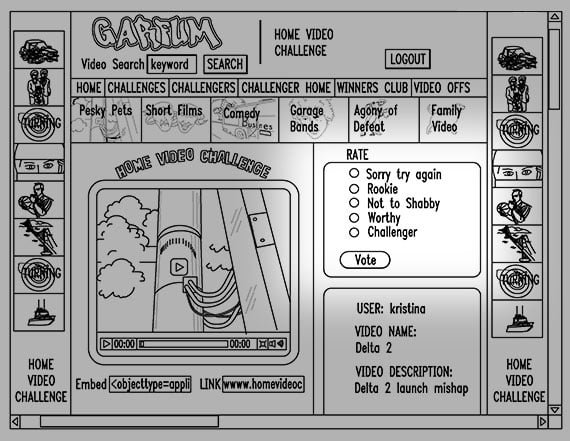 Should you be able to patent the idea of online photo contests? Regardless of your opinion on the matter, someone has, and that patent is now being used to sue a number of small photo websites.

A man named Michael Garofalo filed a patent in 2007 titled “Method of Sharing Multi-Media Content Among Users in a Global Computer Network.” The document describes a system of sharing “multi-media content” among users and organizing the content into a “competitive format.” Garofalo was awarded the patent in 2012.

Ars Technica reports that Garofalo, who runs a small video contest website called Garfum.com, is now using his patent to file lawsuits against four small photo websites that “dared to ask people about their favorite photos.”

One of the sites is BytePhoto.com, a photo community and contest forum run by a photographer named Ruth Taylor from Bucks County, Pennsylvania. She was in disbelief when she first heard about the lawsuit. “How could that be? How could you have a patent on a contest?’ I’m not a lawyer, but it’s not logical,” she tells Ars Technica. 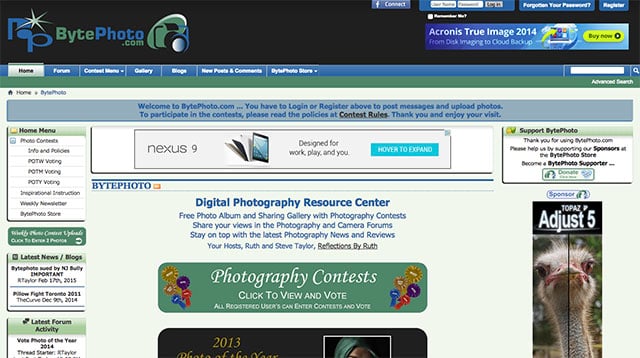 Taylor didn’t have the money to hire a lawsuit, much less the money it would take to settle the lawsuit. The Electronic Frontier Foundation (EFF) soon agreed to defend Taylor in court for free.

In a press release titled “Photo Hobbyist Attacked by Patent Bully,” the EFF says it is asking the court to dismiss the lawsuit and invalidate Garofalo’s “junk patent.”

“It’s part of our job to identify stupid patents and to try to get rid of them, and this is one of the silliest I have ever seen,” said EFF lawyer Daniel Nazer. “Our client has been running ‘vote-for-your-favorite-photo’ polls for years, just for fun and the love of photography. The idea that you could patent this abstract idea—and then demand a settlement to go away—goes against both patent law and common sense.”

“Patent bullies sue with weak patents and pick on defendants that can’t afford to prove their innocence,” said Nazer. “We’re glad we can help our client fight back against Garfum’s abuse.”

A Practical Guide to Creating Superresolution Photos with Photoshop