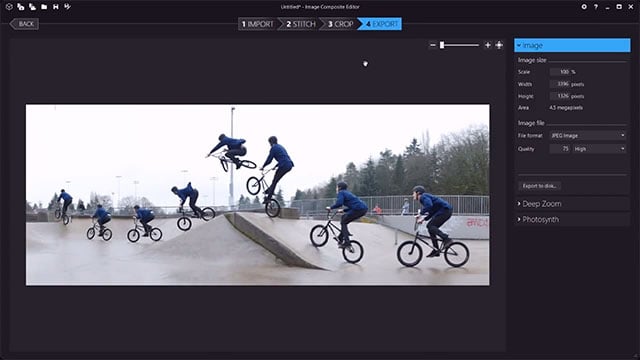 Microsoft Research has announced version 2.0 of its Image Composite Editor (ICE) software, a free program that offers advanced panoramic photo stitching technology. If you’re on a Windows machine and need a way to combine multiple photos into single shots, ICE is a download you may want to look into.

ICE first released back in 2008 and has seen about 1,200 downloads a day since then. This latest version of the program adds new features that make the process of stitching panoramas even faster and simpler.

A new Automatic Image Completion feature is similar to Adobe’s Content Aware Fill, except Microsoft’s version is geared toward filling in the missing sections that are often found in stitched panoramas. This creates (albeit artificially) a nice clean look without having to crop your panorama and throw out details.

There’s also a new video-to-panorama feature that lets you take frames from a video and stitch those together to create a motion panoramic image that shows a subject multiple times as they travel through the frame. There’s also a new Back button that lets you undo changes to go to previous steps of the process. In the initial version, users were forced to start the whole process over when mistakes were made midway.

The program offers nearly a dozen different effects that are created by applying lenses or projections onto your photo — things like fish-eye, spherical, orthographic, and stereographic. “Little planet” photos are made easy: 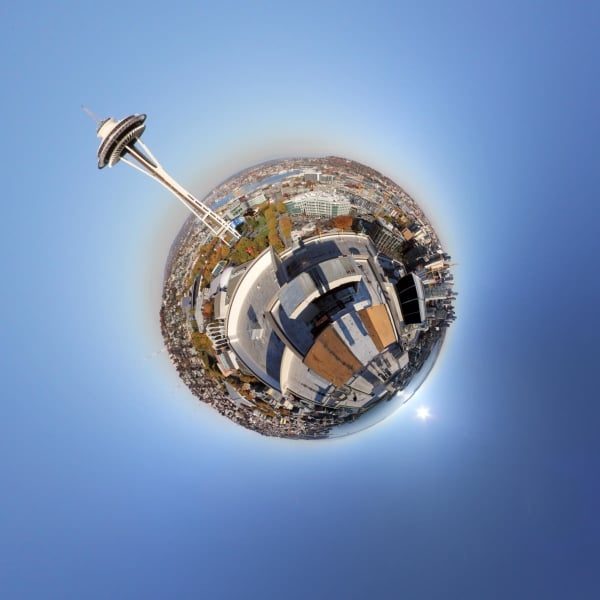 How to Add Fog to Your Photo Shoot Using Dry Ice