Above is a full 50-minute documentary from 1998 about the life and work of Henri Cartier-Bresson, the legendary photographer who’s considered to be the father of photojournalism. It’s titled “Pen, Brush and Camera.” 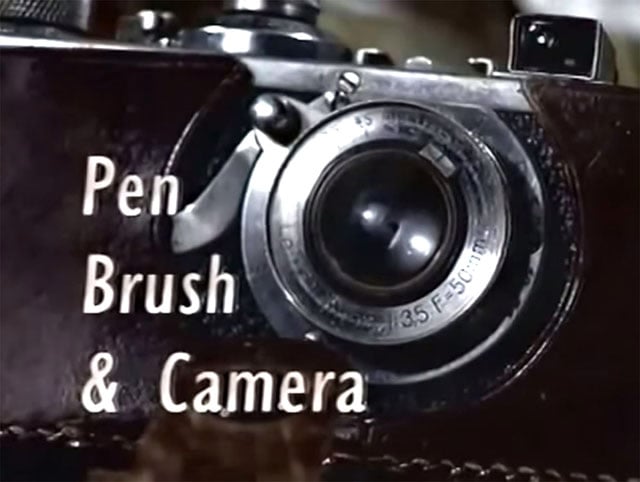 The film was directed by Patricia Wheatley, who interviewed the 90-year-old Cartier-Bresson to learn more about his lifetime of creating art. The photographer actually started off in the world of painting, having enrolled in a private art school in 1927 at the age of 20. He studied under French painter André Lhote, who taught Cartier-Bresson the art of “photography without a camera.”

It was this photograph that inspired Cartier-Bresson to put down his paint brush and pick up a camera. “I suddenly understood that a photograph could fix eternity in an instant,” the photographer said.

He then went on to pioneer the field of photojournalism, becoming one of the most celebrated photographers of all time in the process. In the 1970s, after a four-decade-long career, Cartier-Bresson put down his camera, picked up his brush, and returned to the world of drawing and painting. 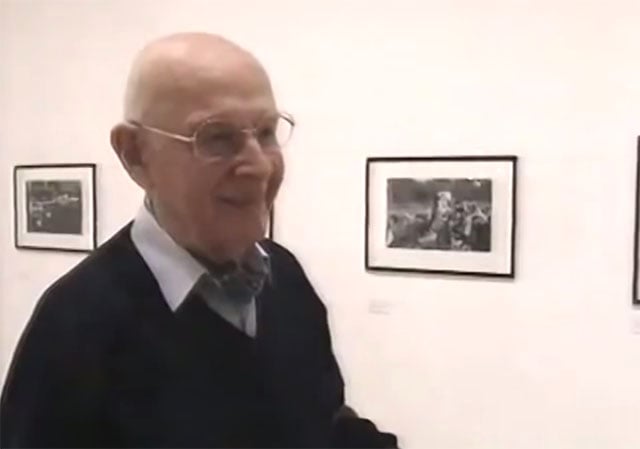 The documentary film concludes with a poignant exchange between Wheatley and Cartier-Bresson.

“What do you say to people who call you the greatest photographer of the 20th century?,” she asks him. The photographer pauses for a moment, and then whispers into the director’s ear.

“I said ‘bullshit’,” he tells the camera.