Countless photographs have been captured by numerous photographers over the course of Super Bowl history, but only four photographers have covered all 48 Big Games since Super Bowl I in 1967: John Biever, Walter Iooss, Mickey Palmer and Tony Tomsic.

“Keepers of the Streak” is a new documentary film by sports photographer Neil Leifer that chronicles the journey of those four men. Above is the official trailer for the movie. 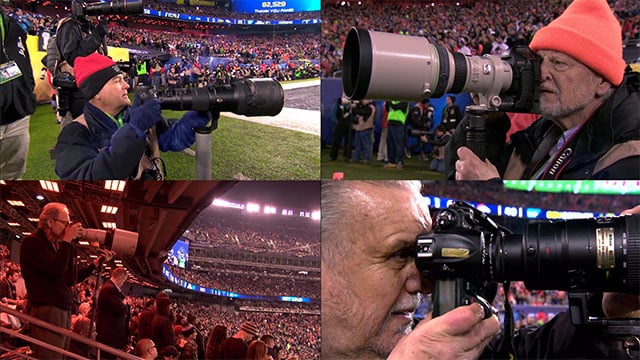 Leifer himself has spent quite some time on the sidelines of the NFL with a camera in hand. “Nobody can appreciate more than I just how incredible this streak is,” he says. “Making this film was truly a labor of love for me as I have known these photographers for at least 50 years and understand how difficult it is to have accomplished what they have done and continue to do.”

Here’s what Richard Deitsch over at Sports Illustrated says we can expect to see in the film:

The doc opens with a beautiful shot of all four men meeting at the 50-yard line of the Los Angeles Memorial Coliseum, site of the first Super Bowl on Jan. 15, 1967, and we quickly learn how each entered the business. (Biever’s father, Vernon, the longtime team photographer of the Packers, got his son a sideline pass to shoot the first Super Bowl when John was just 15 years old.) Throughout the film, Leifer shows the quartet working at last year’s Super Bowl in New Jersey, and it provides an honest look at sports photographers that we don’t often see. We learn of the near-misses to the streak over the years, including Palmer checking himself out of the hospital following a heart attack prior to Super Bowl X to make the game. 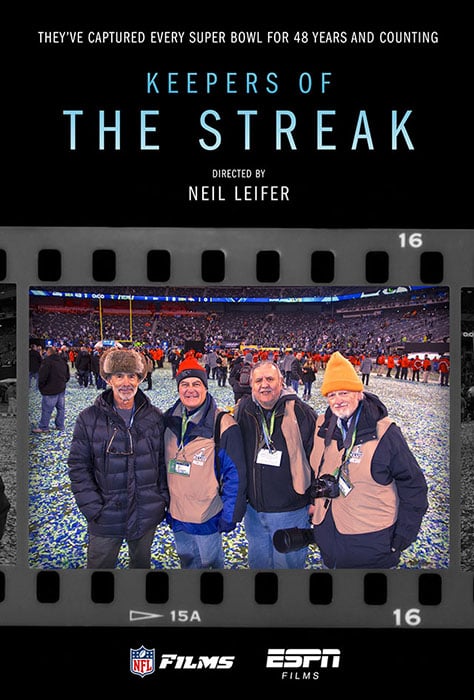 “Keepers of the Streak” premiered on Friday, January 23rd, 2015 at 7PM ET on ESPN and re-aired the next day on Saturday, January 24th, 2015 at 12PM ET on ABC. Keep your eye out for a wider release of this film through other distribution channels.

(via ESPN via The Digital Picture)

The Moment Case Equips Your iPhone with a Shutter Button, Lens, and Camera Strap