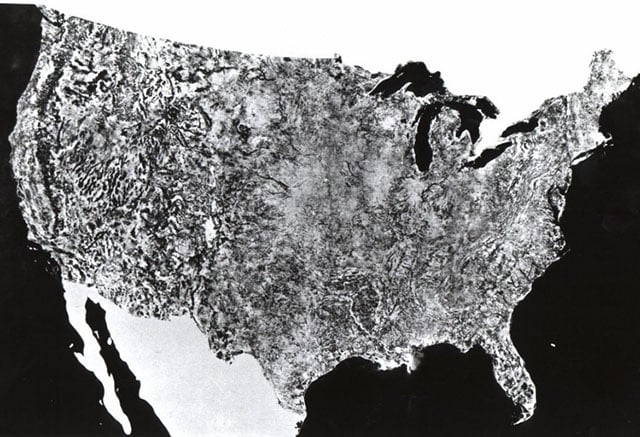 What you see above is the first satellite photo of the contiguous 48 states of the United States. It was created in 1972 for NASA by a US agriculture department division, and comprises 595 cloud-free photos captured by NASA’s first Earth Resources Technology Satellite.

All the photos were captured from the same altitude of 560 miles and at the same lighting angle, allowing the images to be seamlessly stitched together into a giant 10×16-foot photo map of the US. You can find a larger version of the image here.

(via Internet Archive via Laughing Squid)