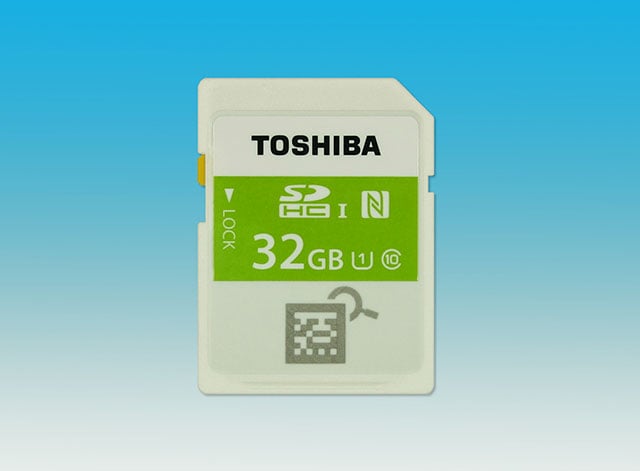 Toshiba has announced the world’s first SDHC card that has near field communication (NFC) baked right in. The technology allows you to see what’s on a card without having to plug the card into a camera or card reader. Instead, you’ll be able to ‘preview’ the contents simply by bringing a smartphone close to the card.

You’ll need an NFC-enabled Android smartphone to take advantage of the feature, and you’ll also need to have a social “Memory Card Preview” app installed. Previewing data will be as simple as loading up the app and then bringing the smartphone in contact with the memory card.

The app will reveal how much free space the card has, as well as 16 thumbnails of photos stored in it. This new system will make it easier for photographers handling multiple memory cards to find exactly the one they’re looking for without the hassle of plugging cards into devices. Toshiba says the new SDHC cards will be available in capacities of 8GB, 16GB, and 32GB starting in February 2015, and that the Android app will hit the Google Play Store at exactly the same time. Pricing has yet to be announced.