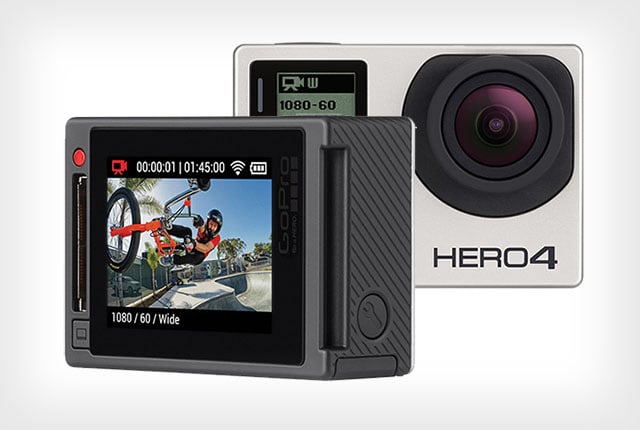 GoPro has announced that it will soon be rolling out new firmware for its HERO4 Black and Silver cameras that will improve the devices’ photography and video capabilities.

On the photo side, the camera will get a new time-lapse mode that will snap still photos continuously over a period of time and then combine the stills into a single video in camera. There’s already a time-lapse mode in the existing firmware, but users currently need to turn the sequence of images into a video themselves using GoPro’s desktop software.

There will also be a new burst-photo mode that spreads out 30 photos over 6 seconds rather than in a super rapid burst.

Another welcome feature that will appear in both cameras is auto-rotation. The camera will detect the orientation of your camera and automatically rotate your resulting photos/videos to the correct orientation (e.g. wear your camera upside down and capture video that’s right-side up).

If you own a Black edition HERO4, you’ll be granted some extra features on the video side. You’ll be able to capture 720p at 240fps for sweet slow motion shots, and 2.7K video will also have a higher frame rate of 60fps.

This new firmware update should arrive sometime in the first half of 2015.

Why Unsplash is Hurting Photographers