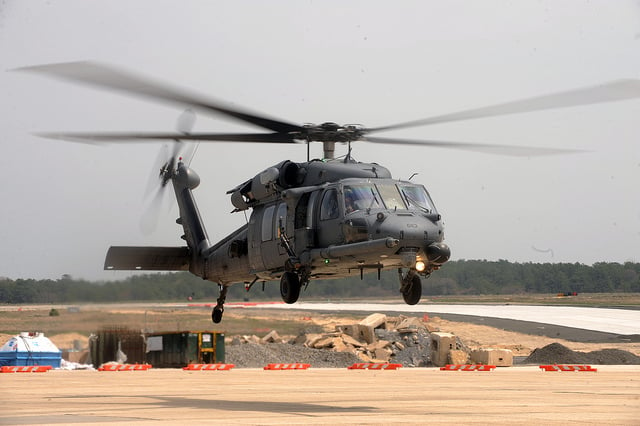 A New York woman has been awarded $1.12 million in damages after being arrested back in 2009 while taking photographs outside a military base.

The Guardian reports that in July 2009, 58-year-old Nancy Genovese was photographing a display helicopter outside the Gabreski Airport Air National Guard in Long Island for a “Support Our Troops” website. She was confronted by a deputy, who allegedly told her that he would arrest her on suspicion of terrorism to set an example for other “right wingers.”

Here’s an account of what happened, according to Personal Liberty:

After taking a few pictures she crossed the street again and got into her car to drive away. As she did, Southampton Town Police Lt. Robert Iberger stopped her and demanded to know why she was taking photographs.

Iberger took her camera. Genovese got a hold of the camera and removed the memory card. Iberger confiscated it. Iberger then notified the Suffolk County Sherriff’s Office and airport authorities that he had a potential terrorist detained.

Nancy Genovese spent four days in jail, was allegedly strip searched, posted a $50,000 bail to get out, and was charged with misdemeanor trespassing — a charge that was dismissed in November of that year.

Genovese may end up being compensated more than the $1.12 million awarded by the court so far. The jury decided on that amount for compensatory damages, and has yet to decide what to do about punitive damages.

Stephen Colbert Transformed by Photo Shoot Into Characters from ‘The Hobbit’