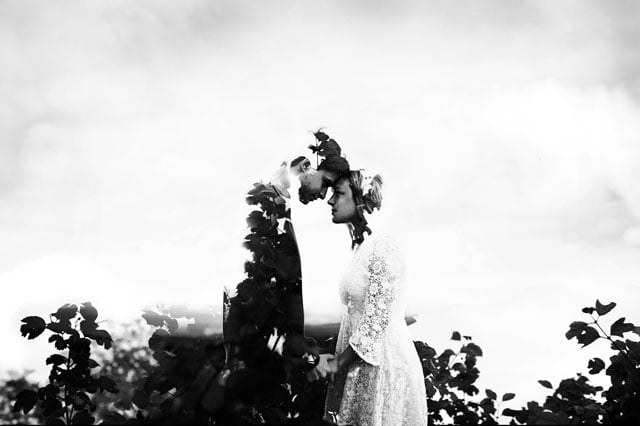 I am not at the top. I’m not even skating the middle, but I have been doing this photography thing for a while, and there are some things I’ve learned along the way that I thought I would put out to the universe. Mainly because these things were bouncing around in my head and it’s nice to put things out there… so here they are.

…because it’s going to happen anyway. I don’t care if you’re a 14 year old who has just picked up a camera for the first time or if you’re Annie Leibovitz, you’re always going to compare yourself and your work with other people.

Here’s the important part, though: don’t let it stop you! They are them and you are you. They take those photos, and sure they’re cool, but that’s their brain, and you know what? You know what they don’t have? Your brain! Your brain — and imagination — is full of stuff that isn’t inside theirs! And lets just stop and celebrate that for a sec.

Pretty cool, huh? You can’t let what they’re doing stop you. Let it inspire you, let it spur you on. You have to keep on the path you are on and if you keep trying, you’ll start taking photos where you look at the finished project and think, “yeah, I created that… I rock!” 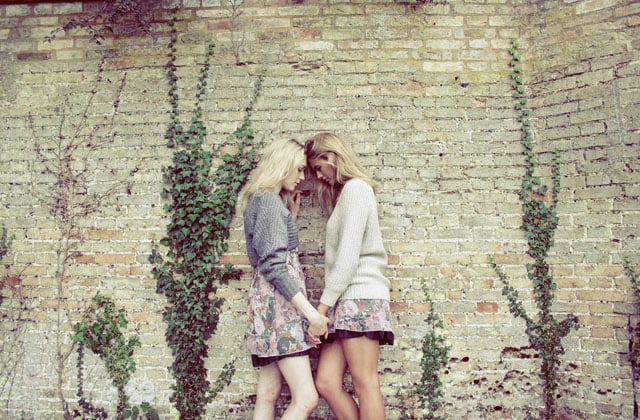 …and that’s the way it should be. Rules shmuuuules! Be that amazing creative you set out to be. Make images that make no sense but are their own being. Overexpose a shot just because the person next to you isn’t and because you want you try something.

When taking a portrait of a person, cut the whole bottom half off the photo and take it from the nose up, because…why not? Don’t let “the man” get you down. It’s why I often wonder if education is actually best in this field as opposed to just getting out there and doing it. Don’t let “them” condition you into thinking a certain way about art — art is subjective, after all, and you should do whatever you feel to make your art. That’s the cool thing about it! 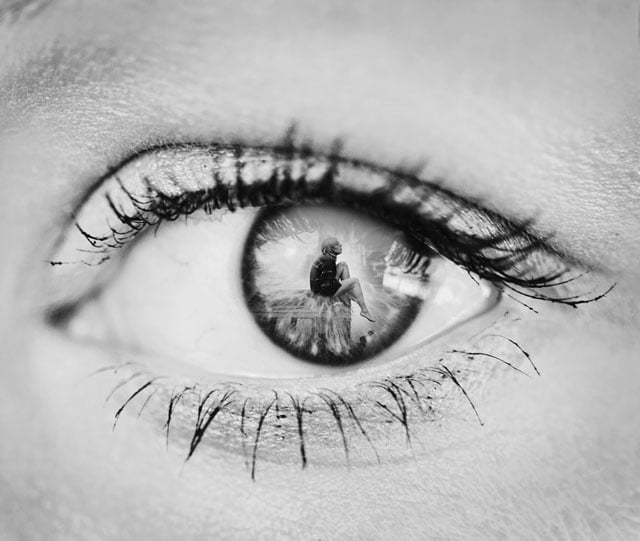 Yeah, you are! Originality is one thing, that’s fun of course, but you need to get there, which is hard in photography. And don’t get me wrong, that doesn’t mean it has to be the opposite of everything you’ve done thus far, or completely different to what everyone has done before you. It’s about breaking a cycle you might have known and pushing your boundaries a bit. If it’s new to you, that works.

Don’t be afraid to use ideas. It doesn’t mean stealing, and it doesn’t mean you’re not original. Nearly everything in photography has been done before! So if you see an image you like, don’t be afraid to experiment and try something similar — it’s called being inspired! And as long as you don’t copy the image entirely, as long as you make it your own, then it isn’t copying.

Also, it helps further your knowledge and it’s allowing you to step closer and closer to the kind of images YOU want to create, and maybe next time it will be something that another person looks at and thinks, “Wow, that is so cool!”

Each to their own. I mean, they are one in the same pretty much. You’re creating, and creating something from nothing… that’s art! But, I think more recently there has been a more specific divide, and it’s not one where you need to pick a side, just one I want to explore a bit.

I’ve noticed that there are photographers that follow one of two types, those that swing more towards ‘artists’, and those who one would classify more as ‘photographers’. Here’s what I mean:

The ‘artist’ uses the medium of photography to create stories. They also use Photoshop and other tools to manipulate reality and make it something new, something conceptual. Which, by the way, is effing cool.

The ‘photographer’ is someone who is inspired by real life, the moments in it and their motivation to capture what’s in front of them.

Now it could be said I dabble in both, and nearly all photographers do, but I guess on the whole I would classify myself under the second definition. And like I said, I’m just exploring this idea, I am not saying it is objective truth, and I’m not saying one is better than the other. I think most photographers cross the lines, but I also do think they swing closer to one than the other. Which way do you swing? 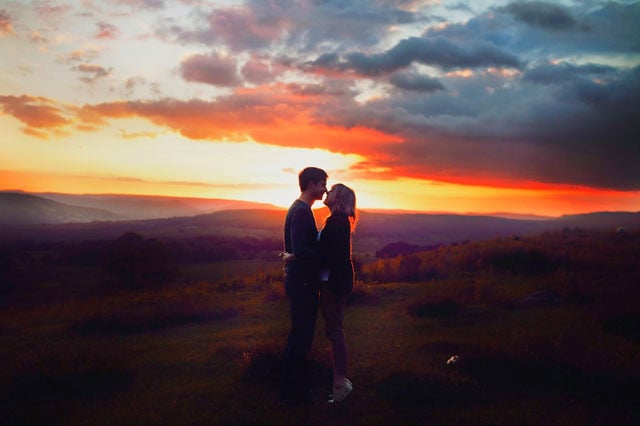 Shocked you with that one, eh?

Here’s the important part: know when to ask for the monies! Giving it away for free is OK for a little while, but you’ll know when the hard work deserves to be rewarded. This is the business part, and you need to value yourself and what you do. Go forth and make money, because after a certain point it ain’t a hobby any more — it’s your passion, and people who can make money from their passion, they’re the richest people in the world! 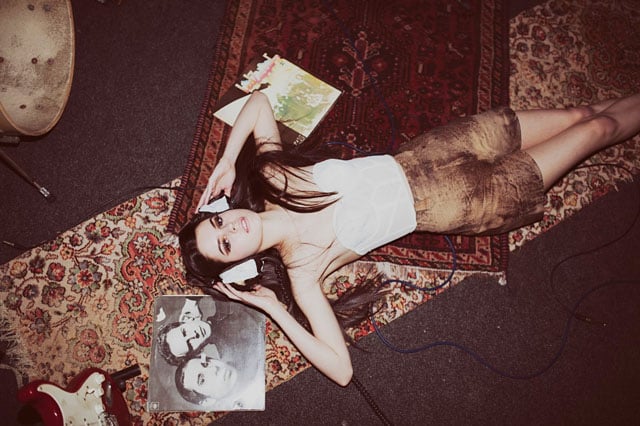 #6. It’s Not the Camera But the Person Behind It

I’m going to start going over similar stuff here, but it needed to be put in black and white. The number of times I’ve heard people say ‘that is a cool photo, they must have a great camera’… Are you kidding me? It’s not the goddamn camera — that stuff is irrelevant for the most part and is the means of creating a photo in the technical sense.

What it’s about is how the person created the photo! Your eye and your approach, that’s what matters. And in time, you’ll get to the top of the technical totem pole, but for now the camera means zilch. It’s you that’s taking it, and YOU can do wonderful things! 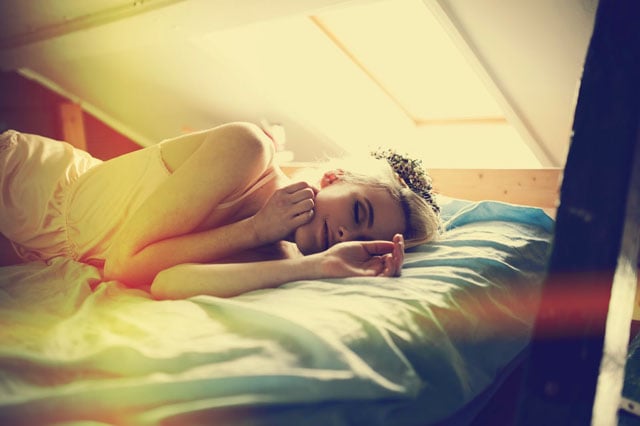 You know one of the coolest things about being a photographer and artist? All the other photographers and artists. Make friends! You will feel more inspired and richer for it! I have met so many amazing people through this job, and I wouldn’t want it any other way. 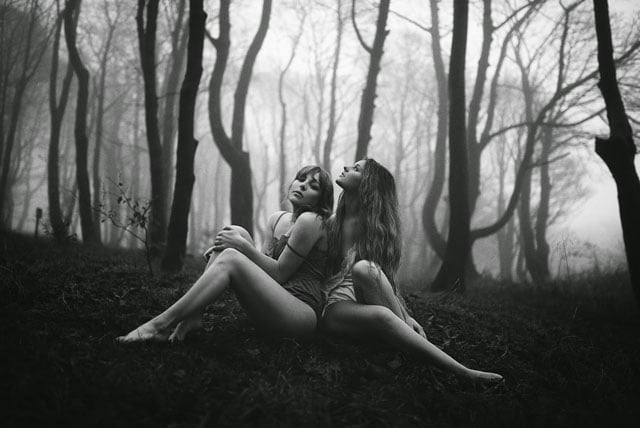 So look at this, some stranger thinks you take too many photos of yourself. This other dude thinks you don’t do enough with color. This other person wants to comment on the fact that you over-edit your images.

Ok, so constructive criticism, that’s all good. It is helpful even though sometimes it’s hard to hear, because growing as an artist is integral, and often the audience’s opinion matters.

Some people are just jerks who like to say jerky things and will generally make you feel like a jerk. Who needs that? They are sad people who sit at their computer all day trying to find things to cast their self righteous opinion on in order to make themselves feel more important and intelligent.

Wanna know something? They’re none of those things.

So go forth and create what YOU want to create, and if a jerk comes up and thinks they have the right to comment negatively on it and make you feel crappy, then let them and leave it at that. Don’t let their comments enter your universe. Imagine stepping on them — that makes me feel better. 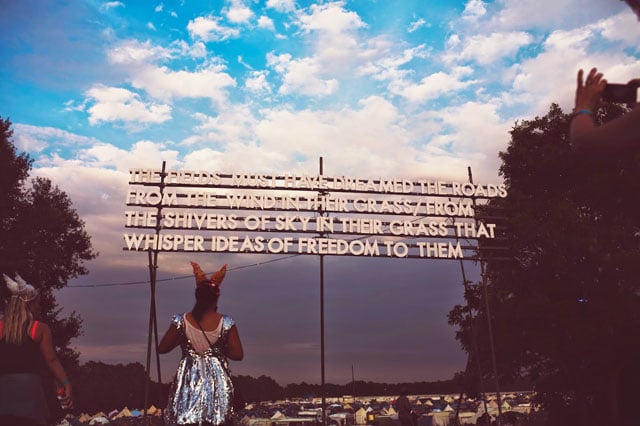 …because at the end of the day, you love photography. You love spending hours on Flickr after catching a glimpse of someone’s work and then literally having to go through every one of their images because, oh my god, that’s why. So share it, show them love, comment!

Here’s the thing, in putting that kind of love out into the universe, you get it back. That’s not the motivation, but people can be great, and why not show them that? I guarantee if you put it out there, are inspired and appreciative of someone’s work and gift, well, others will find their way to your work and do the same.

Finally I wanted to share some little technical things I’ve learned along the way. You may know then already, but some might not, so why not share? 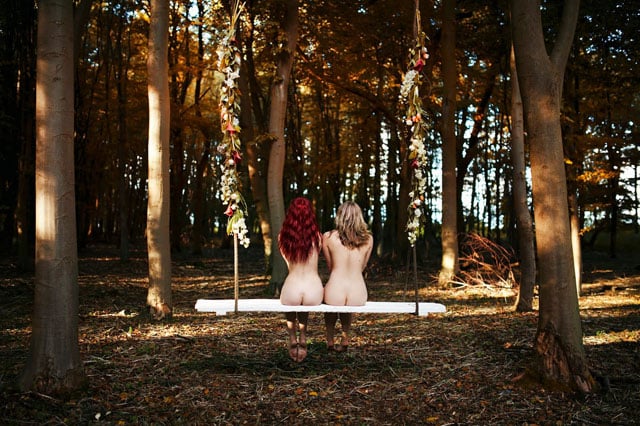 This is little, but in case you didn’t know: in Photoshop, if you’re using, say, the patch tool, or the paint tool, or pretty much any of the tools, then you don’t have to keep going to the top to re-size your brush. That takes wayyyy to long! Use the [ and the ] to enlarge or reduce the size of the brush. Aaaah, much easier. Look up the shortcuts to all the other tools you use on a regular basis.

Get a spreadsheet, put in who your clients are, what is included in the job (e.g. ‘promo shots’), how much the job is, how they paid and when they paid. Simple stuff, but it helps track. It lets you see your earnings, and it means you can track payments, because sometimes people take a while to pay, but at least this way you remember to remind them!

If you lose all your work, you will cry. No one wants that. It’s sad, so back up your work… twice.

Again, this is repetitive and hard to be original. You don’t have to, but if you struggle, grab your iPod and scan the songs. I bet there are some wicked song titles that would fit the title of your image perfectly! It’s not stealing, ok? You’re promoting them too!

And here’s a little secret, Maroon 5 Googled ‘Hands All Over Me’ — the title of their upcoming album — in Google images and they found Rosie Hardy’s image entitled ‘Hands All Over Me’. They loved it and then asked her to recreate it for their album cover. So think about your titles, because people do Google, and your image could come up and lead to amazeballs things!

Here’s the last thing. When I started taking self portraits I would set up my camera, focus, press the self timer and run to the spot to get the shot. I would then repeat this a dozen or so times — it was a pain in the butt. Get a remote from eBay. It’s just a few bucks, it focuses for you, and they’re often waterproof. I know you got a lot of exercise running back and forth from the camera, but sometimes it’s OK to be lazy. 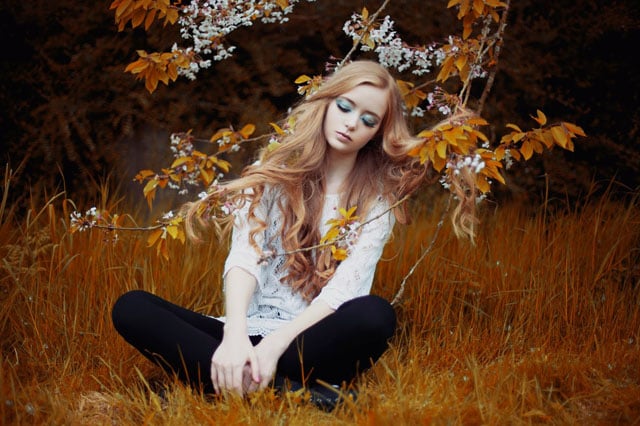 I guess this post was more geared towards beginners, but it doesn’t matter really — it was just some things I’ve learned, hopefully some of you will find it useful. 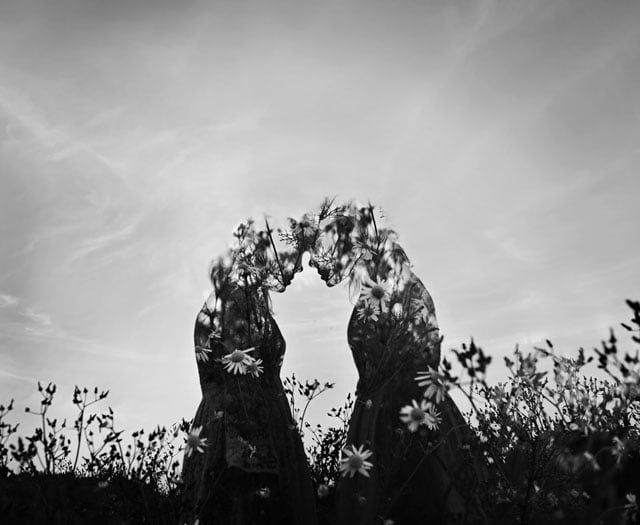 About the author: Alexandra Cameron has been a professional freelancer for over 4 years with experience in weddings, live and promotional band photography, actor headshots, events, fashion, beauty and self-portraiture. Mostly though she is a dreamer. Visit her website here and her blog here. You can also find her on Facebook, Twitter, and Instagram. This article originally appeared here.

The Best and Worst Cameras and Lenses of 2014, According to The Camera Store