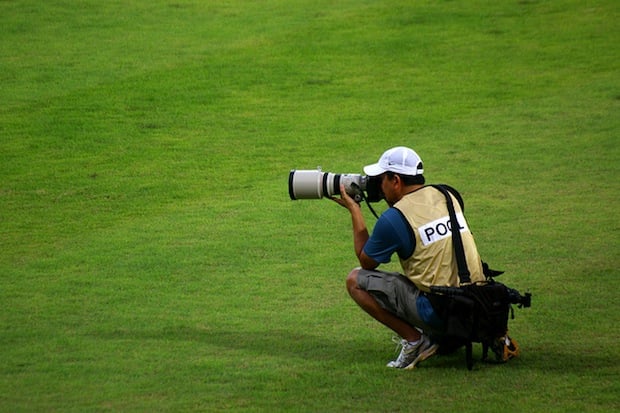 In August of 2013, we shared the news that Thomson Reuters had dropped all of its freelance sports photographers in North America in favor of a deal they struck with USA Today Sports Images. But it appears that sad move was only the beginning.

Earlier this week, more members of the photography staff at Thomson Reuters were let go in the multi-national media company’s ongoing effort to downsize and focus its workforce, especially in the imaging department.

For Jones in particular, this is a rather ironic twist, considering he was the one who had to tell all of Reuters’ North American freelance Sports photographers that they were out of a job last August.

Szlukovenyi told the staff that says his work at Reuters will continue through December, after which he will head over to Europe to be a freelance editor for the company.

According to Reuters Global Picture Editor Reinhard Krause, the goal of these layoffs is, “to bring North and South America under a single umbrella.”

We’re not certain if this round of layoffs accomplishes that goal, or only brings the company one step closer, but the plan to cut upwards of 111 jobs has been minimized to as low as 55, according to a number of reports.

Image credit: Photographer on the field. by julie.froo

Hasselblad Unveils the Stellar II: A Luxury Item ‘Not Intended to Be Judged Against Other Cameras’