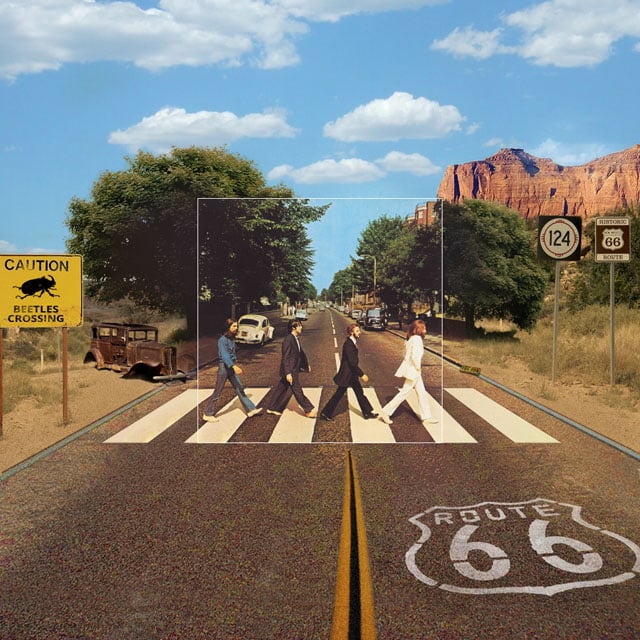 What if many of iconic photos featured on famous album covers were actually cropped from much stranger images? That’s the idea behind “The Bigger Picture,” a humorous set of manipulated photographs imagining the “original context” of album cover photos.


Created by the digital agency Aptitude, the set includes albums such The Beatles’ Abbey Road and Justin Bieber’s My World. The creators write,

We all have a favourite album. One that means something to us more than others. Album cover art used to be meticulously created to portray some kind of message that the band or artist was trying to convey.

But in this digital age, buying an album has become less about buying a physical package to buying a digital version out of convenience.

So in honour of a once coveted industry standard, we take a look at some of the most iconic album covers over the years and put our own spin on them by revealing ‘the bigger picture’. 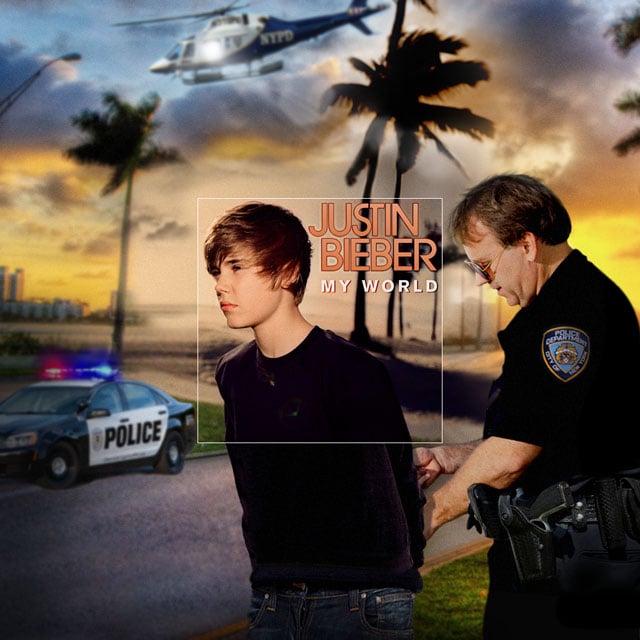 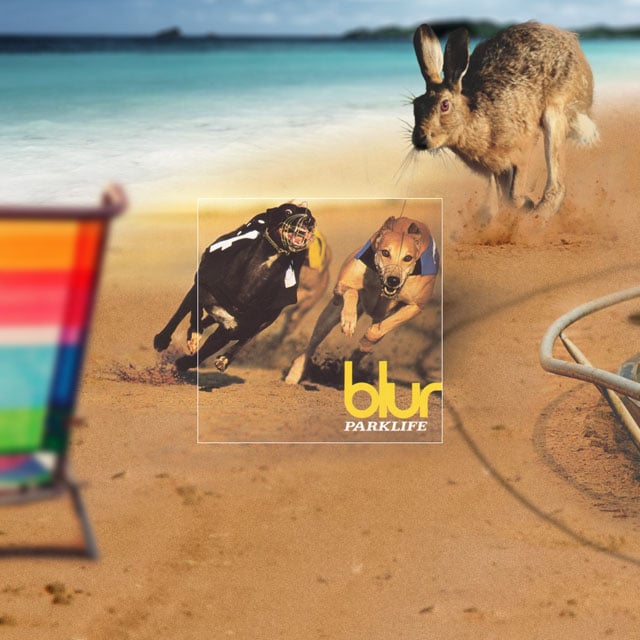 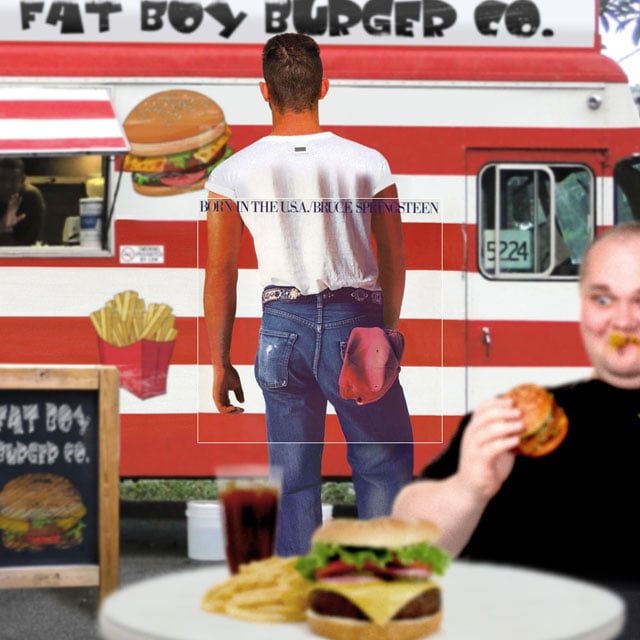 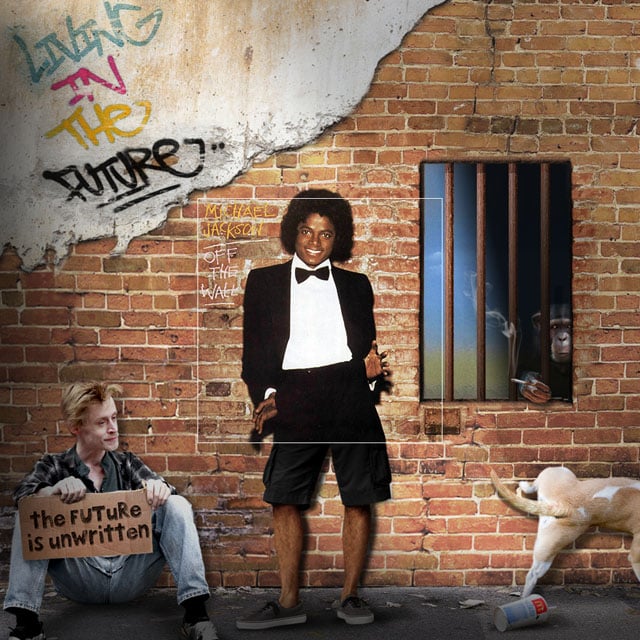 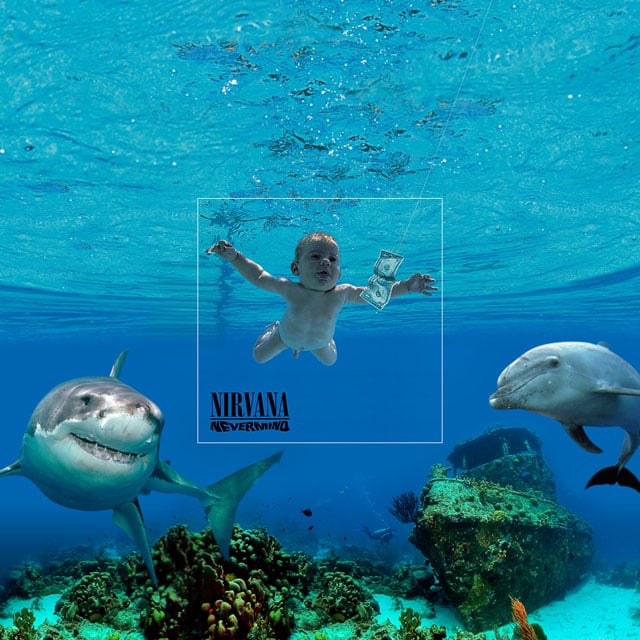 This last one is for Adele’s 19. It’s a bit disturbing, but it’s perfect for Halloween: 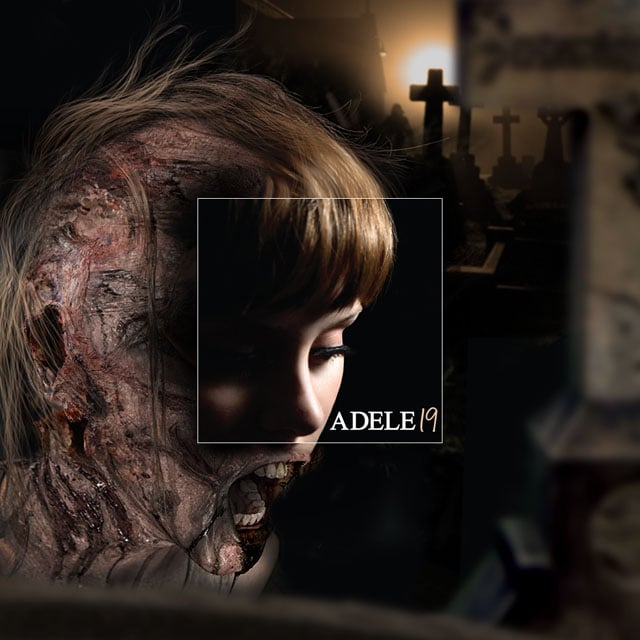 (via Aptitude via Laughing Squid)