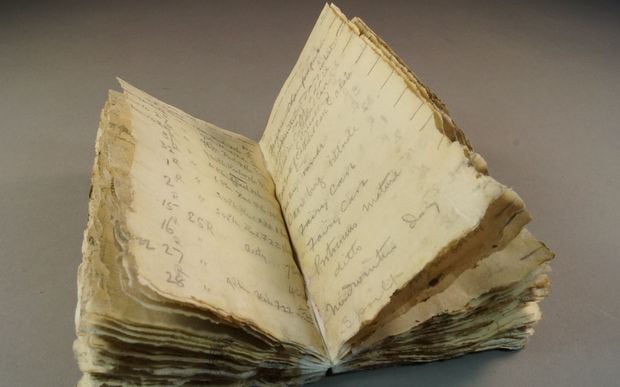 A photographer’s notebook from over a century ago has been discovered in Antarctica. It belonged to British explorer and photographer George Murray Levick, who was part of Robert Falcon Scott’s last expedition to the continent from 1910 to 1913.

The notebook is a “Wellcome Photographic Exposure Record and Dairy 1910,” and has Levick’s name clearly written across the front pages. The pages inside are packed with Levick’s photographic records, with various details about his shots jotted on its pages — things like dates, subjects, and exposure details. 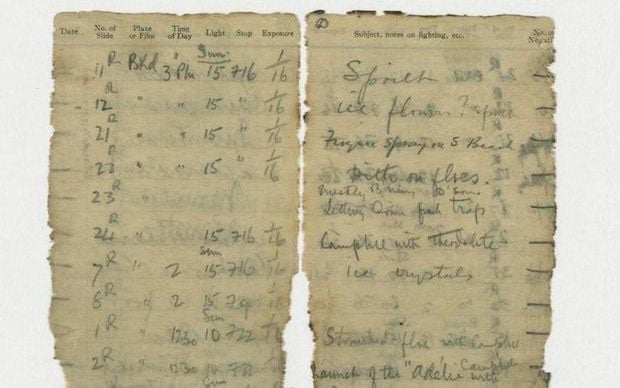 After restoring the book, the finders compared the entries inside to photographs by Levick held by the Scott Polar Research Institute. There were quite a few links between the two bodies of records.

I think what it does is help to explain the photographs that Levick left behind. Often times what happens is you just get the photographs themselves and they form part of a collection; but these give us the subject titles he gave the images.

Here’s a video showing how the notebook was restored:

Pronto: An Insanely Fast-Charging Battery Pack That Can Juice Up Your Gear On-The-Go