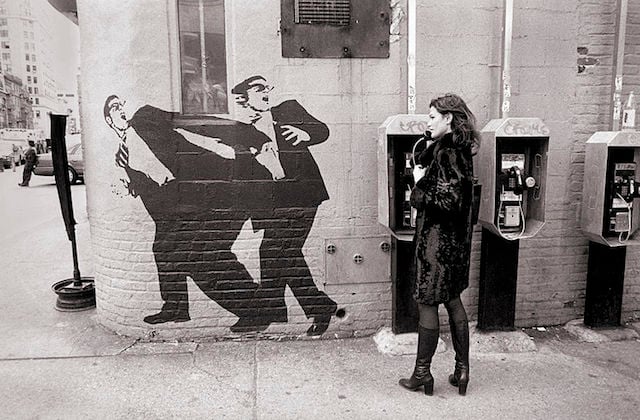 If you’ve been following photography news — and given you’re reading this we’d say there’s a good chance that’s the case — you’ve probably heard something along the lines of “Texas just legalized upskirting photography!” And while that’s not entirely untrue, the facts are a bit less sensational.

The case in question is one we’ve told you about before: the Texas Improper Photography Law that was struck down in an Appeals Court a year ago. The case started in 2011 when 50-year-old Ronald Thompson was arrested at Sea World for taking allegedly inappropriate pictures of children.

The law makes it illegal to photograph another person without their consent to “arouse or gratify the sexual desire of another person,” and has been labeled by many as the anti-upskirting law, which is why people were so taken aback when it was ruled unconstitutional yet again.

This last week, the Texas Court of Criminal Appeals voted 8-to-1 to uphold the previous ruling that called the law unconstitutional because, while the judges made it clear that upskirt photos are not okay, the wording of the law was just too vague.

As Judge Sharon Keller wrote in the court’s decision released last week, “Protecting someone who appears in public from being the object of sexual thoughts seems to be the sort of ‘paternalistic interest in regulating the defendant’s mind’ that the First Amendment was designed to guard against.”

In other words, one could potentially be taking objectively innocent street photography and be convicted under this law if they or other viewers of the images found the images sexually gratifying. Thompson’s attorney called the current wording, “the stuff of Orwellian thought crime.”

The solution — much like the Boston upskirting case that caused such a firestorm earlier this year — seems clear: rewrite the law or pass a different bill that is clearer.

In that case Boston lawmakers approved a bill that made upskirting illegal just 24 hours after a man was let off scot-free for taking upskirt photos with his phone in a subway. The next person to do it won’t be so fortunate.

(via The Guardian and ABC)

Photographers Giving Back: Now I Lay Me Down to Sleep