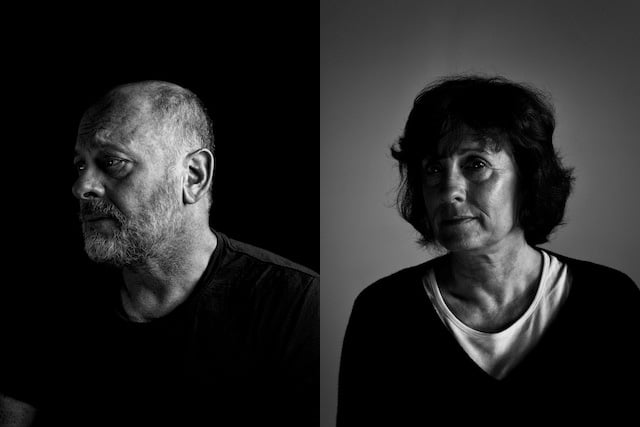 Photographer Nick Bowers, Art Director Celine Faledam and Copy Writer Rachel Guest have teamed up to bring attention to the issue of climate change in a completely novel and frankly terrifying way with their portrait/interview project Scared Scientists.

The title, in a way, says it all. Rather than bombarding you with obscure facts and figures or showing you photographs of receding glaciers, they focus on the scientists themselves.

Bowers takes moody, dark, black-and-white portraits of the scientists and those portraits are then put up on the Scares Scientists website alongside a short interview with each of these climate experts — an interview headlined by their credentials and their greatest climate change fear.

For Bowers — and, in fact, for some of the scientists interviewed and photographed — the project has always been about his children. More specifically, his daughter:

“I was inspired by my 3-year-old daughter and the future that she will inherit,” he told us over email. “I
constantly hear the word “wealth” and the importance of passing this on. I’m inspired to pass on a better, more sustainable future.”

As for the photographs, his goal was to show them as individuals separate from the scientific realm they so often speak for and represent. “I wanted to portray the humanity and vulnerability of the scientists,” he explains.

Judging by the photographs below, we’d say he achieved his goal:

To learn more about Scared Scientists, read each of the interviews, or find out how you can take action to help avoid the troubling future these individuals fear, head over to the project’s website by clicking here.

Image credits: Photographs by Nick Bowers and used with permission