While filming a national skateboarding event in Detroit on Saturday, drone photographer Harry Arnold of Detroit Drone had his RC copter knocked out of the sky and broken by a punk rock bass player who decided to throw things at the UAV after finishing a song.

Arnold was hired to film the Zumies Best Foot Forward indoor skateboarding event by the event’s promoter, but apparently the promoter didn’t let the punk rock band Trash Talk know that this would be happening… or that it’s rude to break other people’s things.

Moments after his drone — which he designed and built himself from various kit and RC modeler parts — and GoPro took to the skies over the stage, bassist Spencer Pollard set his gear down and began chucking things at the drone, eventually knocking it out of the sky. As you can see in the video above, it lands with a rather cringe-inducing crunch. 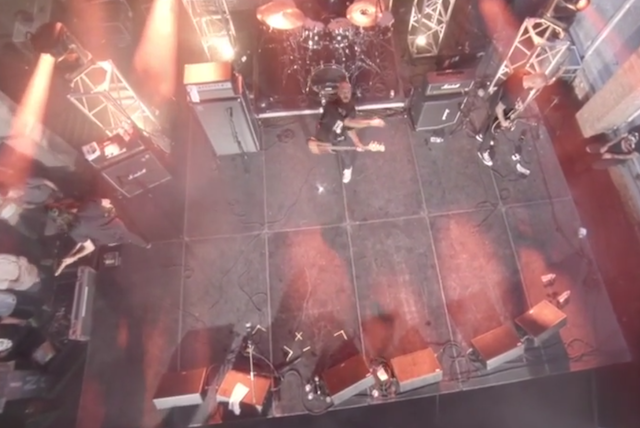 According to Arnold, the gimbal and GoPro are “trashed”, although that wasn’t his main concern at the time. “I’m just glad it didn’t fall in the crowd and hurt someone,” he writes in response to a comment on YouTube. “I was between the stage and crowd, and I was able to bring it down next to me.﻿”

When we spoke to Arnold, he told us that the promoter who hired him has promised to pay for the damaged equipment, but since he doesn’t actually have a check in hand yet, he’s still just ‘hoping’ that they’ll do the right thing.