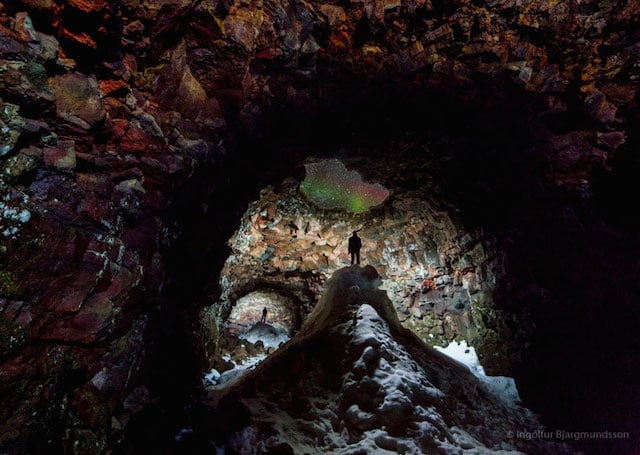 How far would you go to capture a beautiful photograph? Would you spend almost an entire night inside a dark, freezing cold, kilometer-long lava cave in Iceland? Because that’s what photographer Ingólfur Bjargmundsson had to do to capture this stunning composite of the aurora through a cave’s skylight.

The image is a combination of four photographs Bjargmundsson spent most of the night setting up and capturing. Using strobes to light the cave, he shot three photos of the cave itself and one of the aurora through the cave’s skylight.

When combined, you get the photo above: a juxtaposition of above and below, safety and risk, groundedness and dreams.

Image credits: Photograph by Ingólfur Bjargmundsson and used with permission