The 360 GoPro rig video is nothing new, but most of the time it’s used to create footage that is likely to induce vomiting… or at the very least a minor headache. Wild Child’s new music video for the song ‘Rillo Talk’ is different. 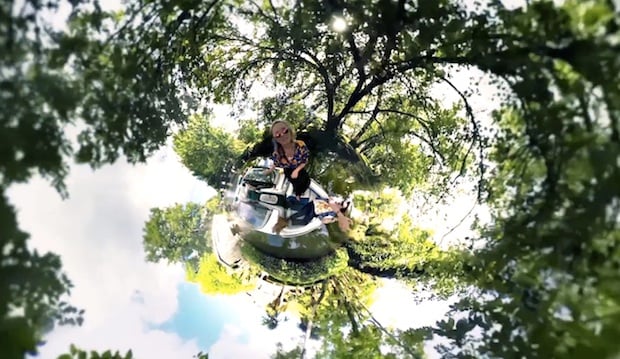 As to what that feel is, The Phoblographer quotes Brown as saying the song has a “stoned on the couch day-dreaming in Austin while watching golf on a Sunday afternoon” feel, and that the 6-GoPro 360° video rig was a good fit for that… can’t argue with that logic.

If you get motion sick very easily, the video might still throw you off-kilter, but for the most part Brown managed to keep the vertigo out of this one in favor of that “stoned” vibe he was going for.

Thanks for sending in the tip, Sara!

Four Years Later: Browse Through the First Photos Ever Posted to Instagram