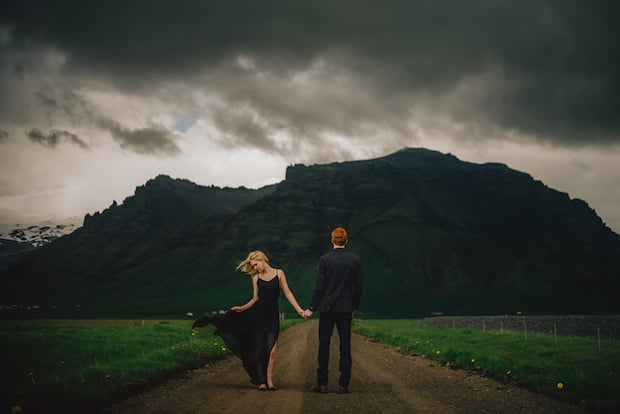 We don’t know Ohio couple Sarah and Josh personally, but we like the way they think. Because when wedding planning got to be a bit too much and they decided to elope in Iceland, they cancelled all things but one: their photographer.

They brought wedding photographer Gabe McClintock along to capture their elopement, and the photographs he left them with leave no doubt at the wisdom of their decision.

McClintock, a former photojournalist who has been shooting weddings full-time for about six years, was all set to travel to Ohio for the nuptials a few months ago when he received a call from Sarah asking if he’d be available to fly to Iceland and shoot their elopement instead. For McClintock, who told us that Iceland had always been on his bucket list, the question was met with a “does a bear s*** in the woods?” sort of reaction, followed by figuring out if he could make the logistics work around this dream-come-true assignment.

In the end, he managed to make it work and (pinching himself all along the way, we would imagine) traveled to Iceland for two days where he and the couple let the Icelandic landscape and spontaneity be their guide.

“We just hopped in the car and drove,” McClintock told me over the phone. “If we saw an awesome landscape or some great light, we jumped out the car and started shooting.” To that end, his photojournalistic background really came in handy. All of the images were shot in natural light, and all but a few with his Leica M 240 using either the 35mm or 50mm Summilux ASPH. The ones that weren’t were shot with a Canon 5D Mark III.

As far as post-processing, McClintock told us he tries to keep things minimal. “I like taking an image as it actually was,” he said, “not as I imagine it could be.” And so post-processing involved bringing the photos into Camera RAW, applying the Kodak Gold 200 present from the VSCO Film 05 pack, and a little bit of Alien Skin work at the end.

The results are something to behold, and might convince a few more couples to ditch the big wedding (and all the stress that goes along with it) and just fly their photographer to an exotic destination instead.

Below are some of our favorites. You can see the full set over on McClintock’s blog: 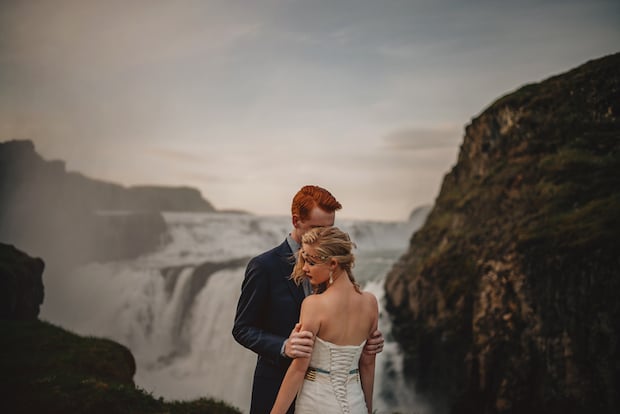 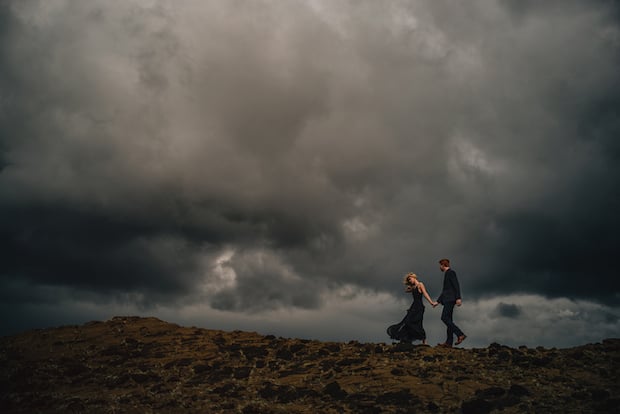 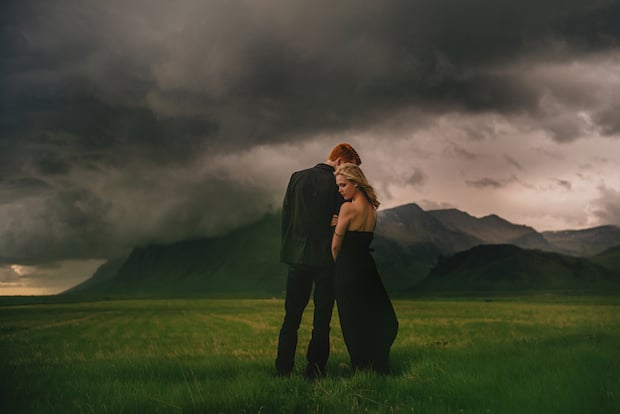 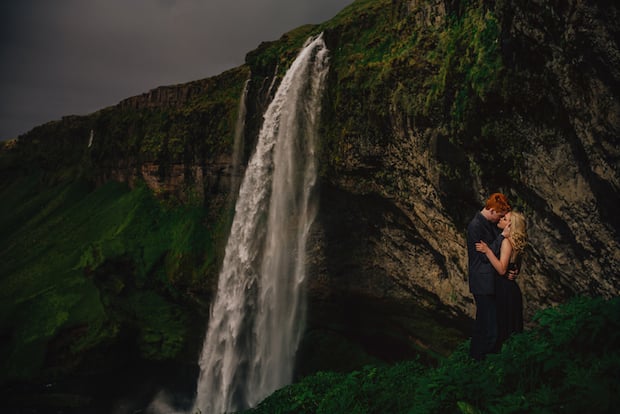 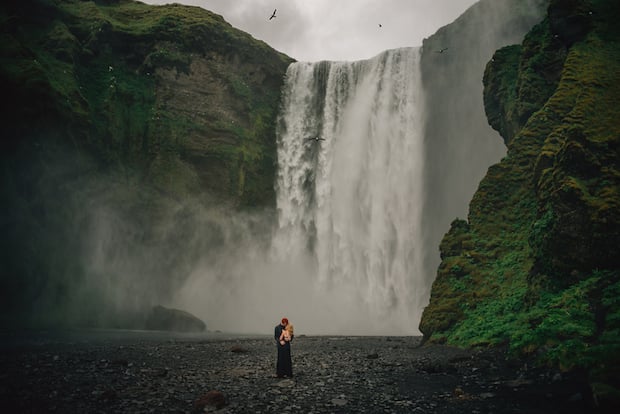 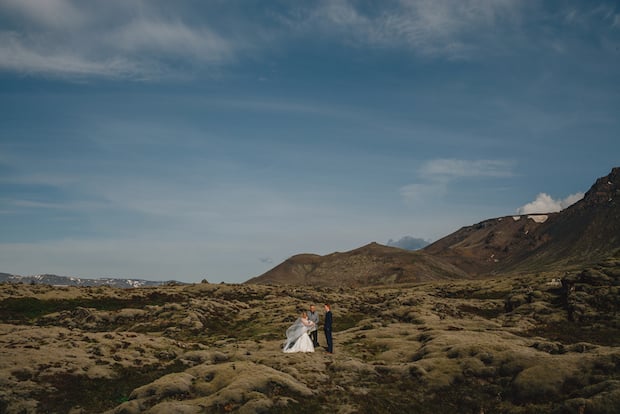 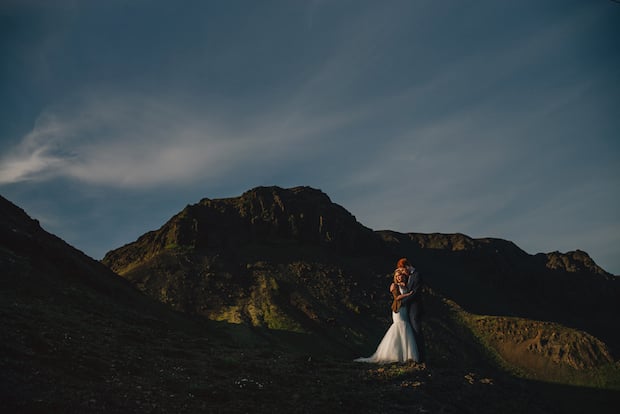 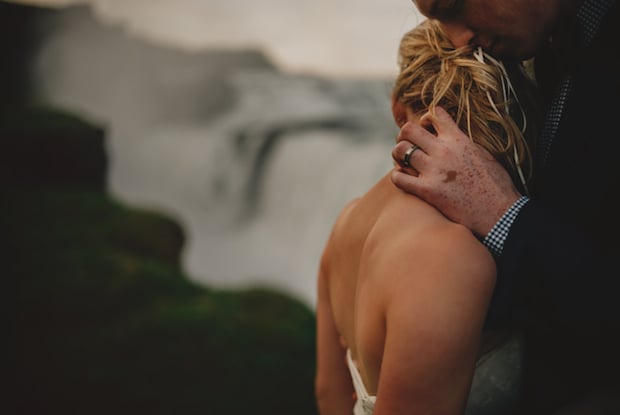 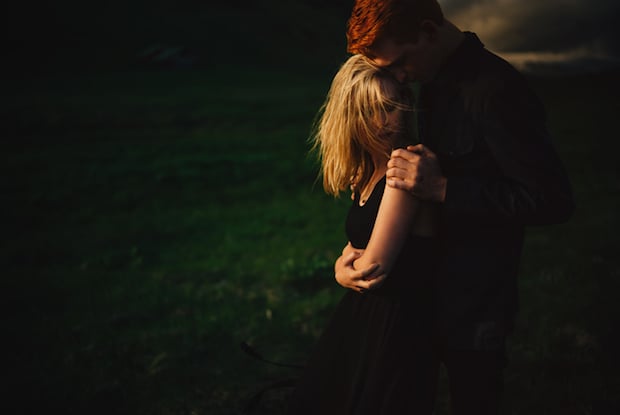 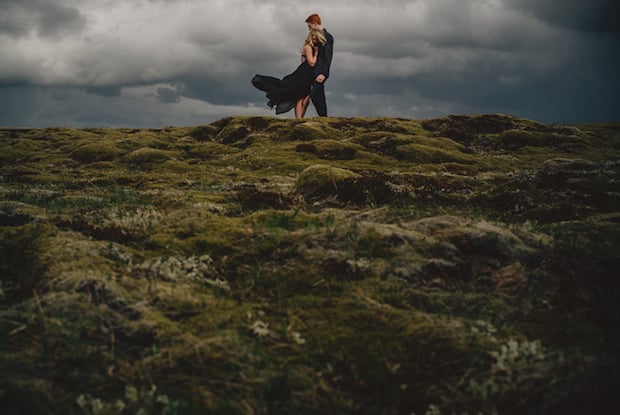 While we had McClintock on the phone, we couldn’t resist asking him about the experience overall. This was his first time in Iceland, a bucket list destination for just about every photographer with a pulse, so we asked him to try and put the experience into words:

I can’t even describe how incredible Iceland is. It’s very raw, it feels like you kind of stepped back in time, because it’s so barren and there’s nobody around for miles.

The experience was humbling… unforgettable… Pretty much just look up ‘amazing’ in the thesaurus and list the words.

Well, we give him an A for effort. To see more of McClintock’s work or follow along as he creates more beautiful wedding and engagement photography, head over to his website, check out his blog, and give him a follow on Facebook and Instagram.

Image credits: Photographs by Gabe McClintock and used with permission

Tutorial: How to Create Double-Exposures in Photoshop