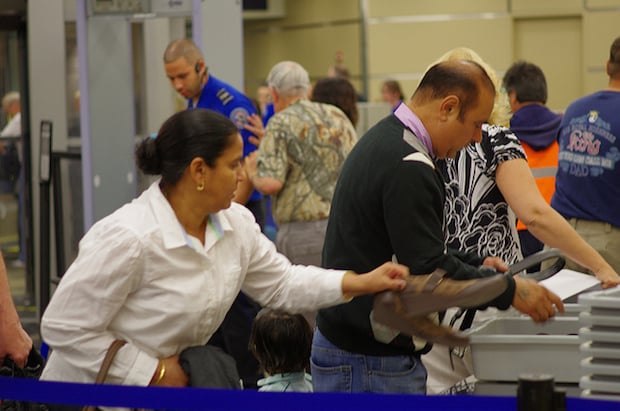 Yesterday, the TSA announced that those flying to the US from certain parts of the world may be asked to power on their electronics to make sure they are not hiding explosives as part of new security measures. If the gadget doesn’t turn on, you’ll have to leave it behind and could be subject to additional screening.

According to NBC, the new rules were created in response to certain terrorist threats from Yemen-based al Qaeda in the Arabian Peninsula and the Islamist Nusra Front in Syria who are supposedly planning to blow up an airliner.

Thus far, the details of the new rule are somewhat vague. The announcement on the TSA website identifies “some devices, including cell phones” as the devices in question, and gives no indication which airports are going to take part.

Lack of details aside, if you’re traveling to anywhere you believe might be affected by the rule change, be sure to charge your batteries before you head back to the US or you might find yourself one camera the lesser and have to suffer some “additional screening” to boot.

Is The Print Portfolio Making a Comeback In the Age of The Internet?