Montreal-based photographer Benjamin Von Wong‘s underwater fantasy fashion shoot in a Bali shipwreck has quickly become the most popular project he has ever released. And even though he shared some behind the scenes details when the series first debuted, he’s back today with a much more detailed look at how exactly these now-viral photos came to be.

The video above does most of the heavy lifting for us, so we won’t go into too much detail in text, but the sheer number of pieces that had to fall into place is truly impressive. 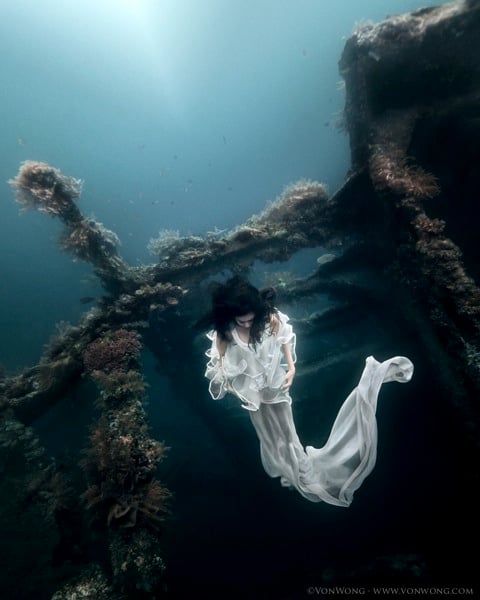 From getting his open water certification, to scouting a location he couldn’t yet visit, to conceptualizing the shoot before hand, to finding qualified freedivers, to getting equipment together, to actually putting all of those pieces together into a cohesive whole, the fact that these images even exist is a testament to luck, preparation and dogged persistence. 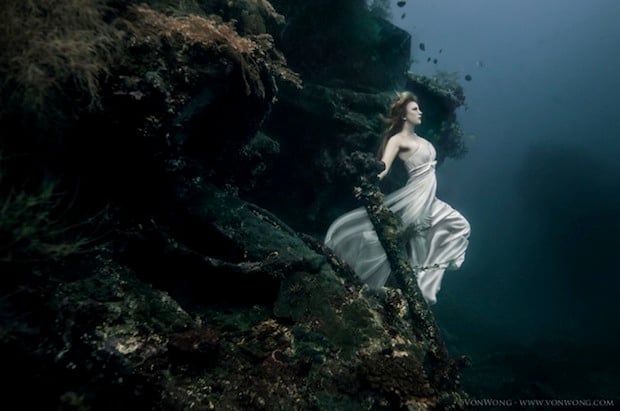 There were also plenty of challenges that needed overcoming once they were in the water. Safety was, of course, at the forefront of everyone’s mind, but there are many other issues presented by an underwater shoot as well.

Coral reefs could not be touched, silt and currents had to be dealt with, communication was a challenge, and all of these issues and more were compounded by Von Wong’s inexperience as a diver. In fact, as he reveals in the video, it was that inexperience that forced them to leave out artificial lighting entirely… Ben just couldn’t handle the strobes. 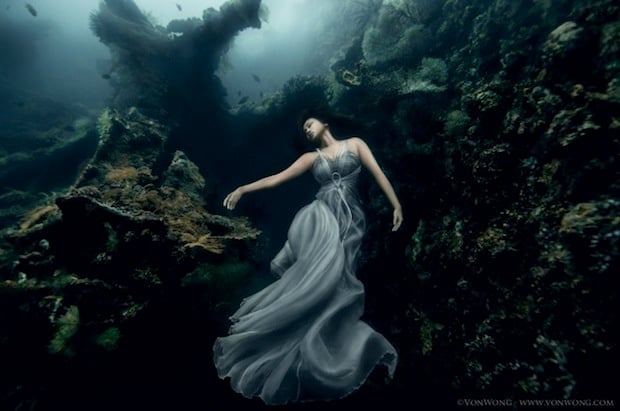 Finally, once the shoot was completed, the photographs had to be post-processed to remove distracting elements and color correct. As he explains on his blog:

One of the challenges shooting underwater is that the deeper you get, the more desaturated everything gets. Thankfully, with a couple layers of color balancing (Color Balance, Curves, Selective Color), dodging and burning, and some careful masking, I was able to paint back color and tones into my image. 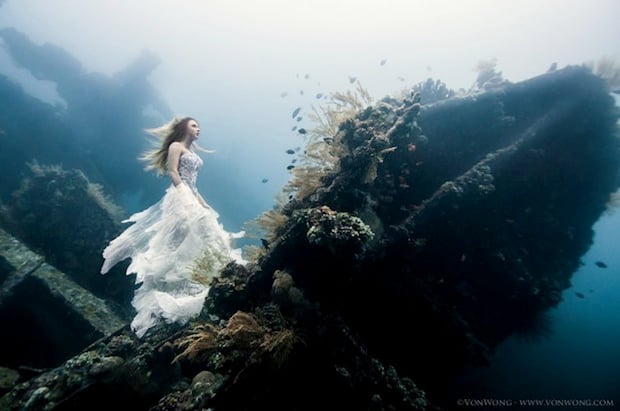 For more details about how these beautiful pictures came together, be sure to check out the full BTS video at the top and then head over to Ben’s blog for even more explanation, concept drawings and some before and after post-processing comparisons.