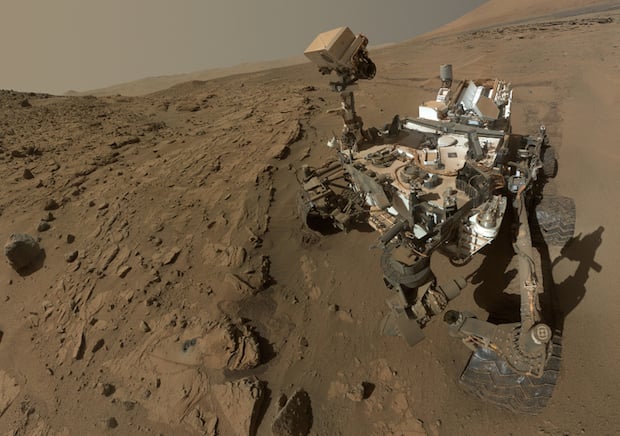 Last Tuesday, on June 24th, NASA’s Mars Curiosity Rover marked the one Martian year anniversary since it touched down on the red planet and began exploring. And what better way to commemorate this occasion when you’re alone some 57+ million miles away home than by taking a selfie?

Since landing on Mars on August 5th, 2012, a total of 687 Earth days or 669 sols have passed, giving the Red Planet enough time to take one full lap around the Sun. And so, over the course of April and May, the techs at NASA had Curiosity use the Mars Hand Lens Imager to snap several frames of itself, which were then stitched together into the shot you see below:

Admittedly, it’s become something of a habit with the newest of the Mars rovers to beam down the occasional selfie-from-another-planet, but we can forgive the narcissism if you can.