Financial hard times from the slaughter of the compact camera market aren’t limited to one company. And while we try to stay away from the gloom and doom news when possible, the news that Canon Australia’s profits dropped almost 90 percent in 2013 compared to 2012 made us do a double take.

According to Photo Counter Australia — and confirmed by a Canon Australia spokeswoman — CA profits for 2013 were a meager $4.1 million compared to 2012’s $38.6 million. That drop is forcing the company to do the dreaded “restructuring” dance, which translates into 10% of the CA workforce, about 100 ‘administration and back-office support jobs,’ being outsourced. 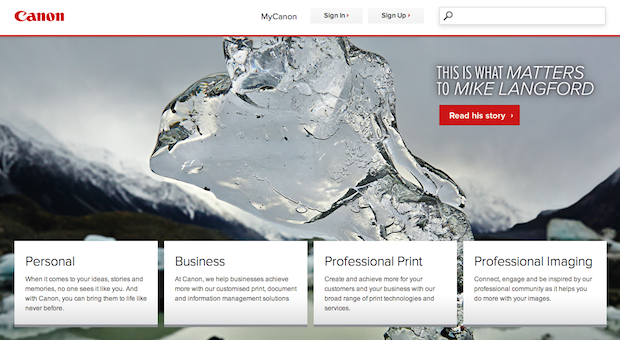 The good news here — if it is , in fact, possible to talk about good news when 100 people are out of a job — is that the majority of the economic decline doesn’t seem to be coming from actual sale of products.

Revenue overall dropped from $722M to $670M, and Sale of Goods accounts for less than a third of the drop at only about $17 million. That number might not seem great, but “Sale of Goods” accounted for $523 million of the revenue, so that drop translates into only about 3%.

Where the more drastic drop comes in is in the category “Other Revenue” and more specifically “Dividend Income,” which Photo Counter Australia speculates might be coming directly from Canon Japan. If that’s the case, some of the revenue stream from the mother ship might be drying up, and it looks like a lot of that revenue is what got Canon Australia over their bottom line and into the black. If you want to see it all for yourself, you can check out the itemized breakdown of revenue and profits above. And if you have anything to add to this story or just want to let us know what you think, drop us a line in the comments down below.

Cinematic Kansas Supercell Timelapse Will Leave You in Awe of Nature