Photographing a meteor shower is more like photographing a time-lapse than traditional still photos. You can never anticipate where or when a meteor is going to streak across the sky. In order to catch them you have to set up and take as many photos as you can throughout the night with a wide angle lens on the camera. If you leave the camera in the same position you can use the resulting images for a short time-lapse clip in addition to the still images you can capture.

On May 24, 2014 and through Memorial Day weekend, we are about to pass through a brand new comet tail. Not much is known about this meteor shower, but we do know the debris was created by a comet passing through this area of space in the 1800s. The best viewing will be in the Northern Hemisphere (Southern Canada and the continental US). As with all meteor showers it could be a dud or it could be great. The meteors will be radiating from the north in the constellation Camelopardalis and should be visible all night in the northern hemisphere. 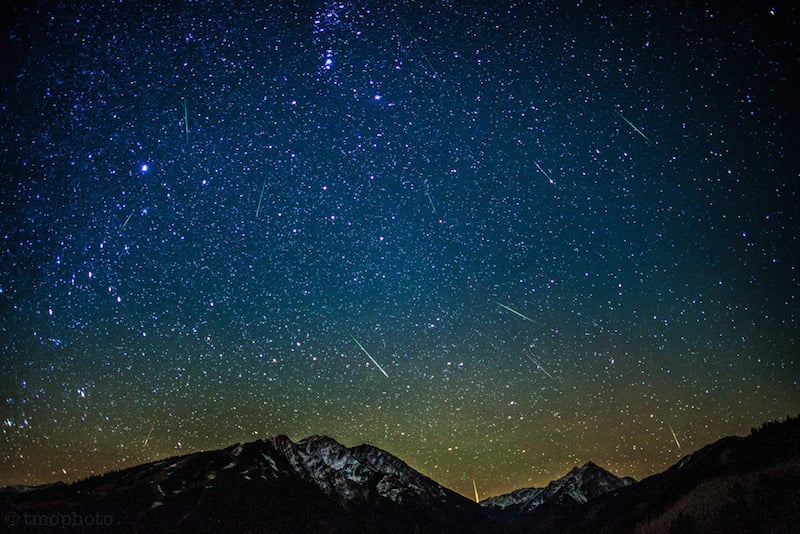 Now, get out there and capture some meteor showers! 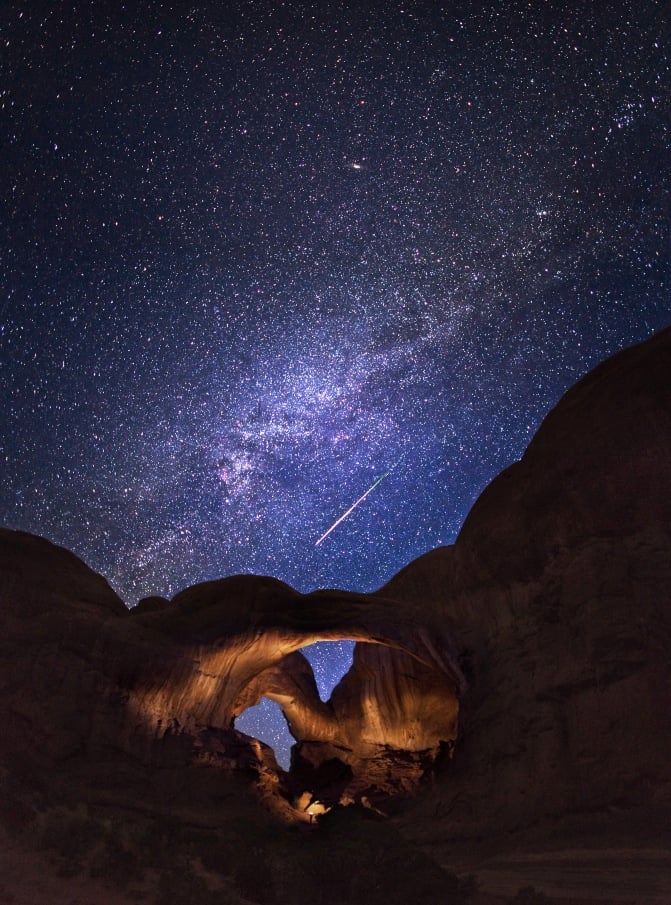 About the author: Thomas O’Brien grew up in Stowe Vermont and started taking photos at a pretty early age. He graduated from University of Utah with a degree in photography while he was racing on the world cup as a member of the US Snowboard team and has been working in the photo industry since graduating. He is currently living in Aspen Colorado, working as a full time photographer and consultant. You can find his work on his website, Facebook, Pinterest, Google+, Twitter, Vimeo, YouTube and 500px. This article originally appeared here.