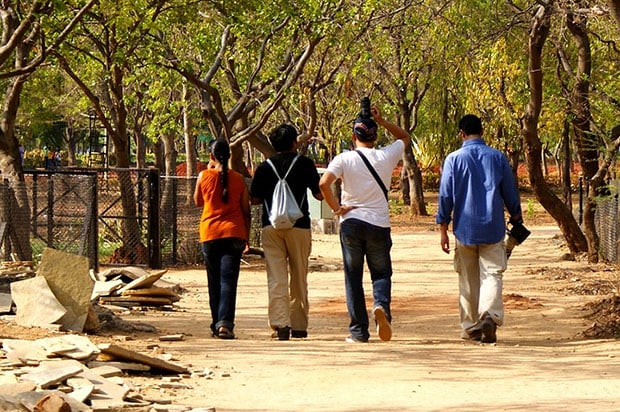 Feel a bit dry when it comes to being creative with your photography? Try taking a walk — or, more specifically, a photo walk. A study over at Stanford has found that walking around can give you a significant boost in creativity.

In addition to seeing new sights in new environments during a photo walk (which can introduce plenty of new photo subjects), the physical act of walking actually makes your brain more creative — an average of 60% more creative, in fact. Furthermore, the effect lingers for a period of time after you stop walking.

Here’s how scientists Marily Oppezzo and Daniel Schwartz went about conducting their study: 176 adults were asked to complete tasks commonly used by researchers to gauge creative thinking. These tasks included “divergent thinking” tests in which participants had to come up with different ways to use given objects, and tests that asked for complex analogies in response to prompts.

The volunteers were placed in different locations to take the test: on a treadmill indoors, at a table indoors, walking outdoors, and seated outdoors while being pushed around on a wheelchair. The sessions lasted anywhere from 5 to 16 minutes.

What the scientists found was that an overwhelming majority of people were able to be more creative while walking, regardless of what environment they are in (walking on a treadmill in a small, boring room still improved creativity).

If you’ve always felt like you do some of your most creative photography moving around on your feet, now you science backing you up!