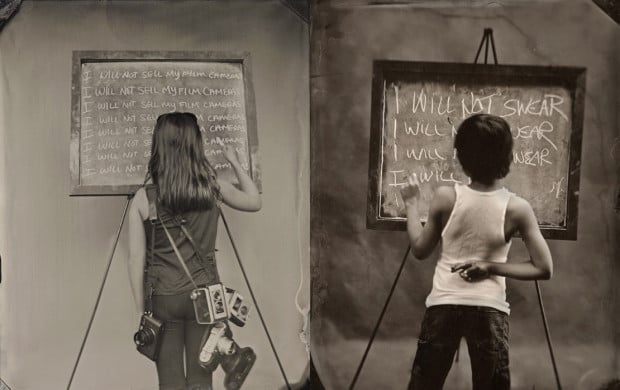 From Los Angeles based photographer Jamie Johnson comes a unique series of photographs that juxtapose the past and the present in a fascinating way: large format wet plate collodion photos of children writing cheeky modern-day bad deeds on a turn-of-the-century chalkboard.

Titled Vices, Johnson made use of her love for antique, large format cameras and the wet plate collodion process to paint an interesting dichotomy between the young, naive subjects and the humorous bad behaviors they’re trying to avoid.

Vices was photographed with a wet plate collodion process that I feel illustrated the magical innocence of youth alongside the darker recesses of human nature. A vintage perspective on childhood punishments with a little humor.

Below are a collection of the resulting photographs for you to take a look at. The young subjects and their funny “I will not’s” provide that humorous element Johnson was going for, while the darker look of the wet plate collodion process and the vintage chalkboard punishment give the series that dark undertone: 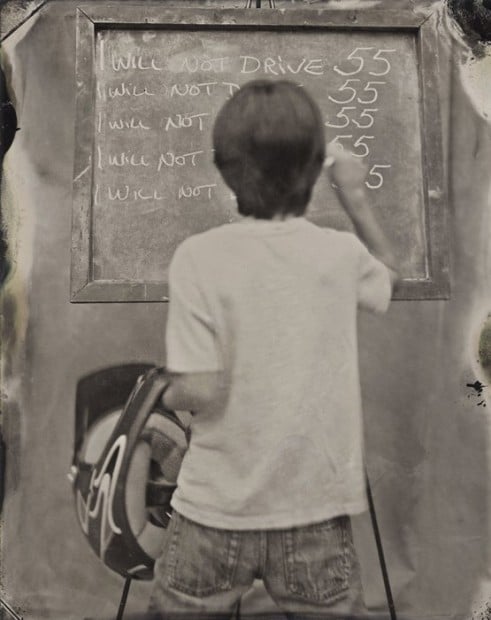 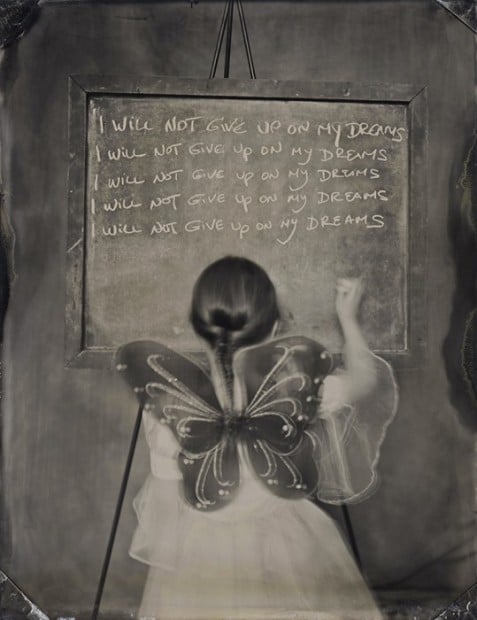 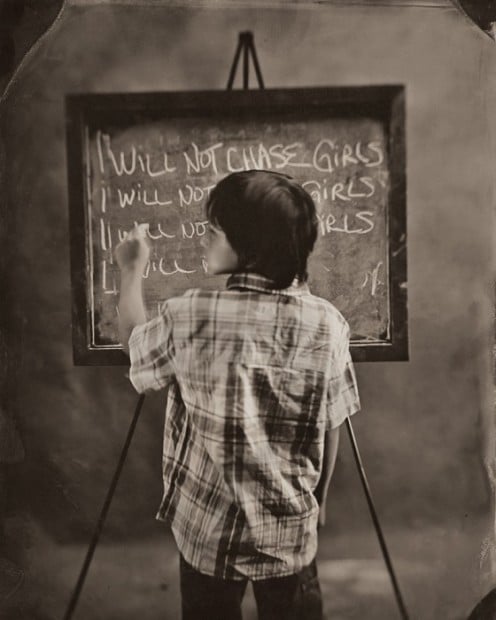 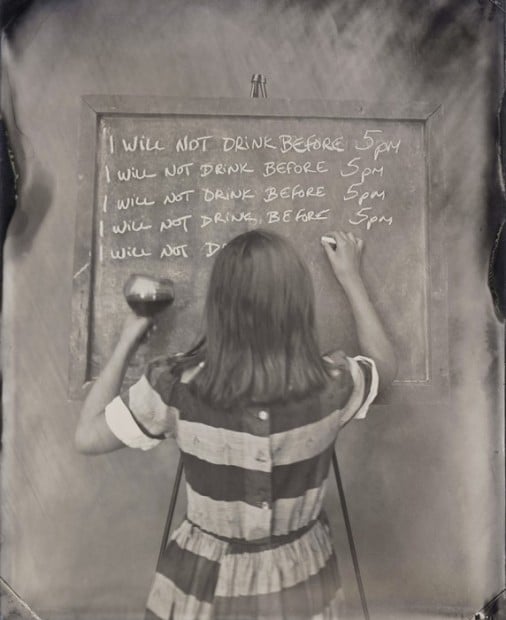 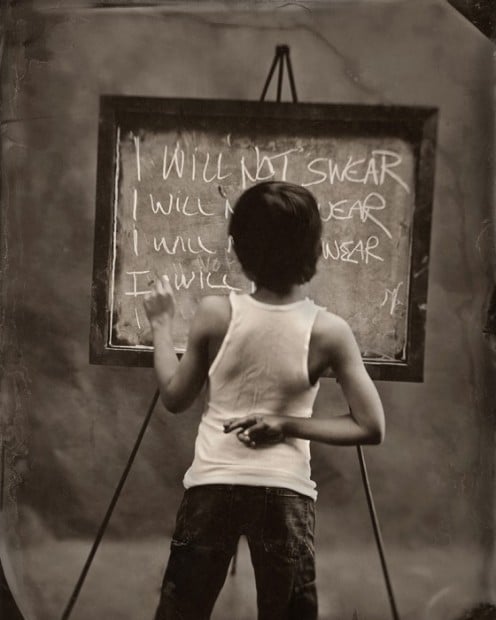 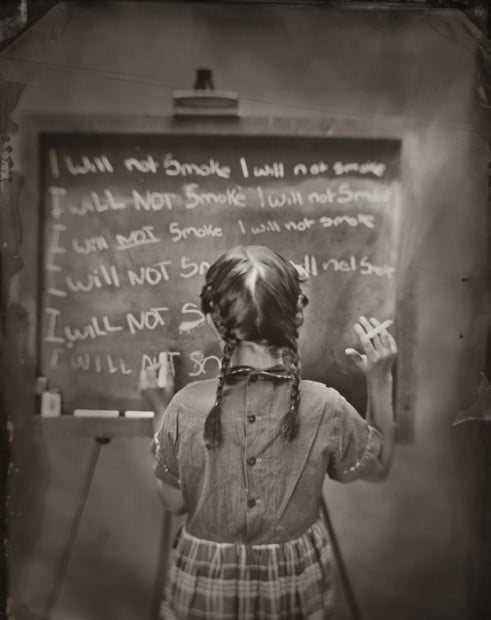 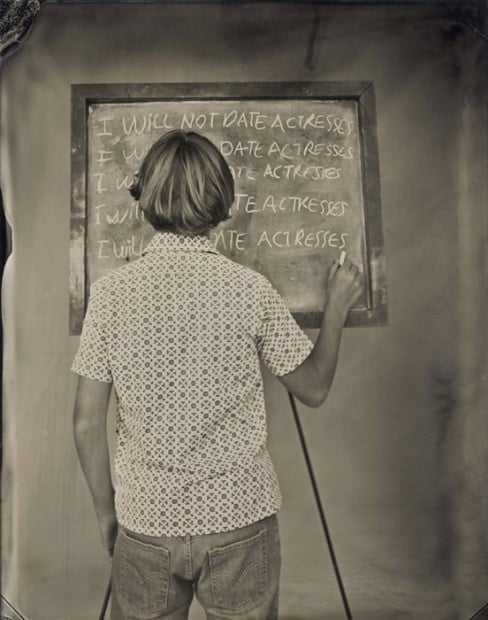 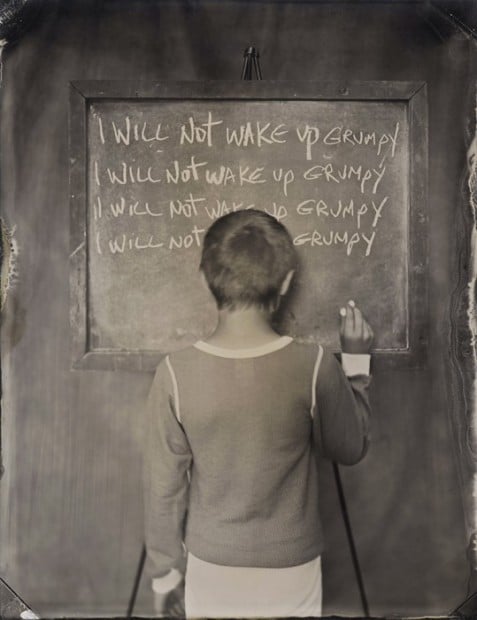 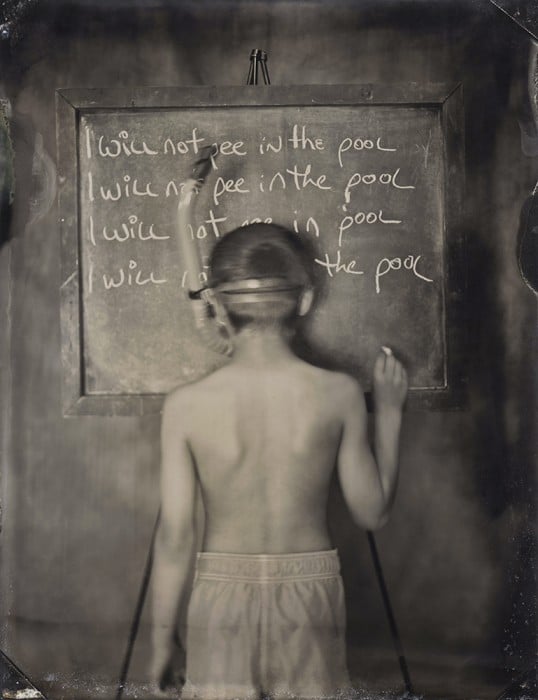 “Beyond the wry wit of her titles and the modern wardrobe of today’s public school hooligans, the photographs themselves form a smart and salient allegory for how the world itself has changed since those allegedly good old days,” writes Shana Nys Dambrot, describing the series for a recent exhibit in LA. “In a very real sense, these are the opposite of iPhone selfies; and they are as much about the history of photography as the narratives they contain.”

To see more of her work — in addition to creative personal projects like these she also shoots documentary work, street and stock photography — head over to her website or follow Verge Photographers on Facebook.

(via Lens Scratch via InspireFirst)

Image credits: Photos by Jamie Johnson and used with permission