You might not know it if you watch too much TV, but there is a great deal of goodness in this human race of ours… and it runs deep. South African portrait photographer Albert Bredenhann discovered this in a big way recently when he was hired to do a photo shoot for a group of friends, one of which had recently been diagnosed with breast cancer.

That kind of photo shoot is touching in and of itself, but the group took the idea further than that when they all voluntarily shaved their heads ahead of the surprise portrait.

Bredenhann first heard from Gerdi McKenna’s friends about a month ago, when they got in touch to ask if he would do a friendship shoot for them. He, of course, said yes, but then he hopped on the phone and called every woman individually to see if they would be willing to shave their heads for Gerdi the morning of the photo shoot.

Almost every single one said yes without hesitation.

And so, on Sunday February 24th at 8am in the morning, they found themselves in a hair salon ready to take on this challenge that they knew would mean so much to Gerdi.

Here’s the before picture: 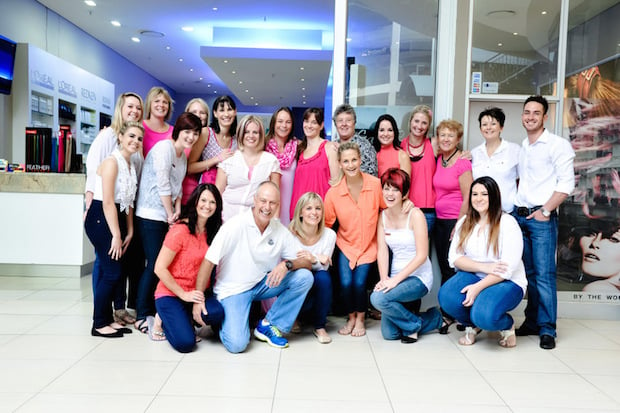 Throughout the day, Bredenhann continued to take photos as each of the women — including Gerdi’s two sisters and mom — shed the bits of dead protein that had come to mean so much to them over the years. All of that hair was donated to CANSA (Cancer Association of South Africa).

Below you’ll find some behind the scenes photos he graciously provided, as well as the final after shot of the full group: 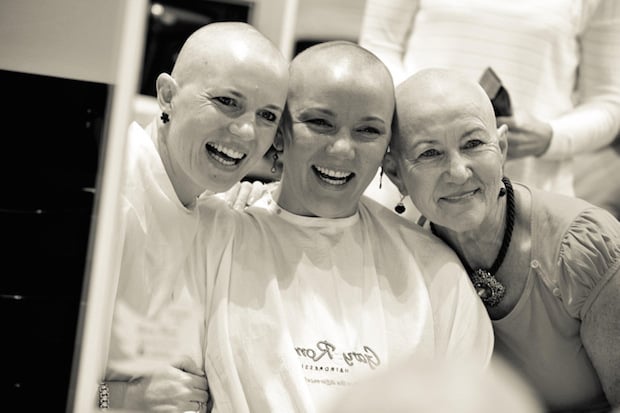 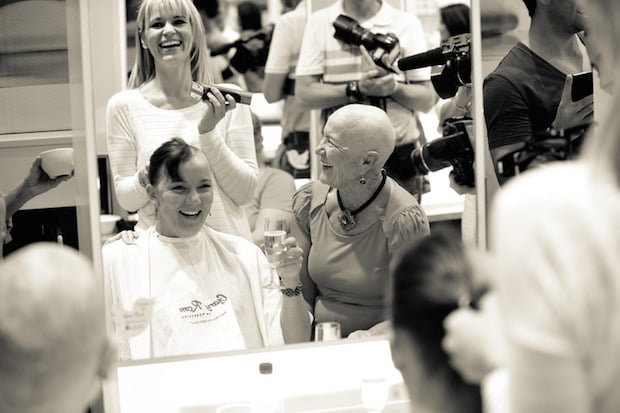 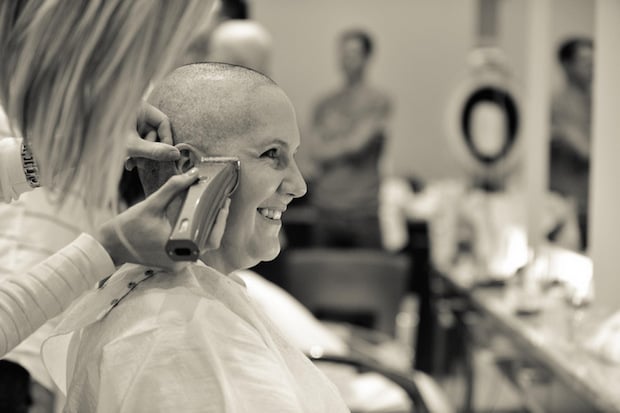 Of course, none of this was the main event. The main event was when they threw Gerdi a surprise party and revealed what they had done to show their support for her upcoming battle. Her reaction was, as you might expect, deeply moving.

Captured in the video at top and the photos included in this post, her story has become something of a viral sensation, receiving 3.7 million views over the last eight days… on Vimeo. 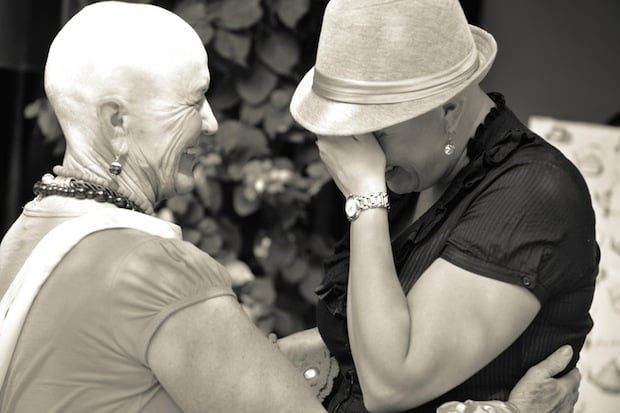 For Bredenhann, the experience of shooting these portraits and capturing these women’s selfless deed in action means more than he could have imagined.

“It was an honour as photographer to capture these memories forever,” he tells us. “I never thought being a photographer could be so satisfying and rewarding. As portrait photographers, we should always remember that we are working with people, feelings and emotions.” Hear hear. Check out the full story by watching the video above, and don’t forget to drop by Bredenhann’s website to see more of what he does.

I Will Not…: Humorous Photos that Capture Modern Vices in an Age-Old Way