The ‘lyric-lapse‘ isn’t new. But creating one takes so much time and dedication that we still don’t see them crop up very often.

But that dedication pays off, and it’s musician Bosley and his video for “Just Like You” that caught our attention most recently. Filmed over the course of nine months, it required that the director go to some interesting lengths to capture the footage he wanted.

The video was put together by Director Matthew Riggieri and Director of Photography Michael Patrick O’Leary, who needed to figure out a way to make a steady video of the same performance in the same location every day for nine months.

This doesn’t just mean making sure your talent stays in the same spot and goes through the same motions day after day. It also means figuring out a way to make sure that, for 9 months, your camera is pointing at exactly the same spot. Otherwise the video becomes so shaky that the illusion loses its effect entirely. 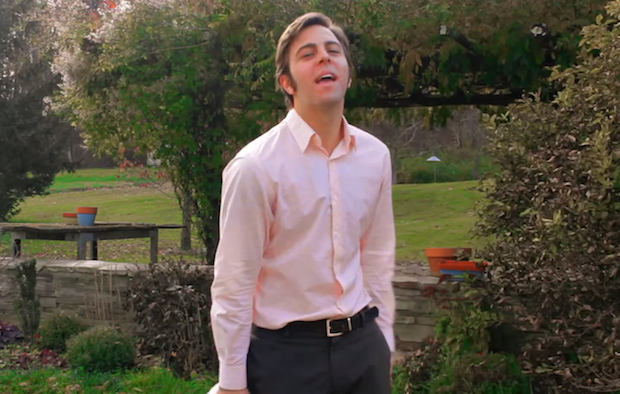 To solve this problem, Riggieri and O’Leary literally set the camera in concrete… so much for camera shake (Note: they don’t specify if they set the tripod in concrete or the whole camera… we assume the former). And then, to make sure the camera didn’t get stolen, they built a fake outhouse around it.

In the end, all that work — plus the dedication required to come out every single day for nine months and film the same sequence over and over in the exact same way — produced a video that shrinks down 9 months into 2 minutes, while the song moves along at normal speed. It’s a cool effect, and one we’ll never get sick of seeing… although it might have been cooler done over three years.