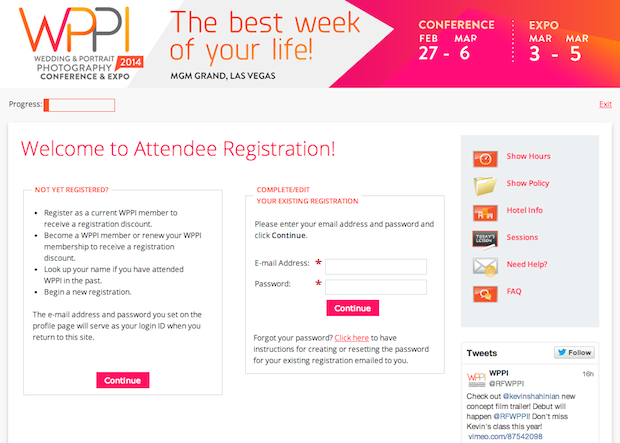 Within a few short days, thousands of photographers will descend en masse upon that neon playground known as Las Vegas for WPPI’s annual conference and expo. The conference is held at the MGM Resort, or The Emerald City as I like to call it.

The MGM is located directly across the street from another resort featuring a fake skyline of New York complete with a fake Statue of Liberty. Across from that is a fake castle, down the road one way is a fake Egyptian Pyramid, and down the road the other way is a fake Eiffel Tower and volcano. Can you think of a better place for a photography convention?

Now, first time attendees of the conference can be a little overwhelmed, not just with the fakeness, but with all the things to do while at WPPI. You want to make the most of your time, and with so many options, you need a guide. So, in the interest of assuring that everyone has the best time possible, I’ve compiled my list of “Tips for Photographers Attending WPPI.” 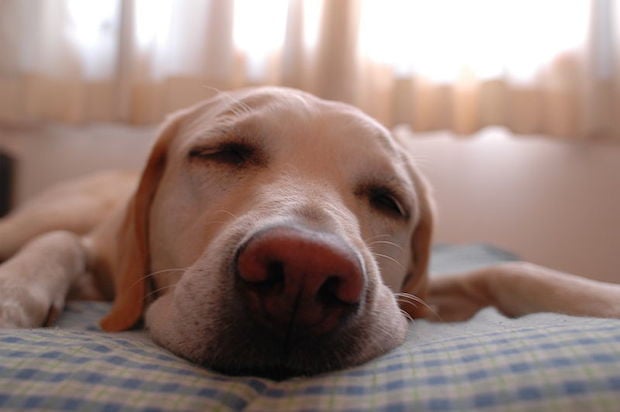 Now, I realize you came to Vegas to attend programs and drink (we’ll get to that tip later) but conference programs start as early as 8am, and really, that means you’d have to get up at least an hour or two earlier to shower and eat and get caffeine in your body. I don’t know about you, but I didn’t travel to Vegas to get up at sunrise each morning. Do not feel compelled to go to these early classes. This is Vegas, baby — you roll outta bed when you roll outta bed. 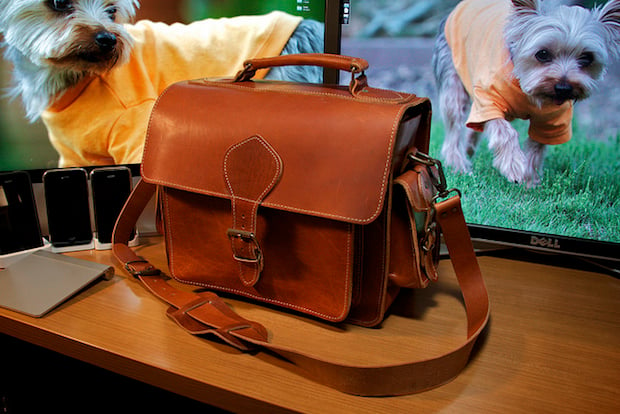 The trade show, or expo, is like a mall built for photographers. If you can think of a photography product you need (and tons you don’t) odds are good they are in that room.

Some booths are more popular than others, like any booth selling camera bags for women. The prettier the bag, the more crowded the booth will be. Like, crazy crowded. You know when you’re on the beach and you drop a Teddy Graham cracker and a bunch of seagulls rush you? That’s what these booths are like.

Be very careful. Keep elbows close to the body so you don’t hurt anyone in the mad frenzy to sample the bags. I personally think WPPI should station EMT’s next to each camera bag booth for emergencies.

Save the Scanning for the Important Stuff 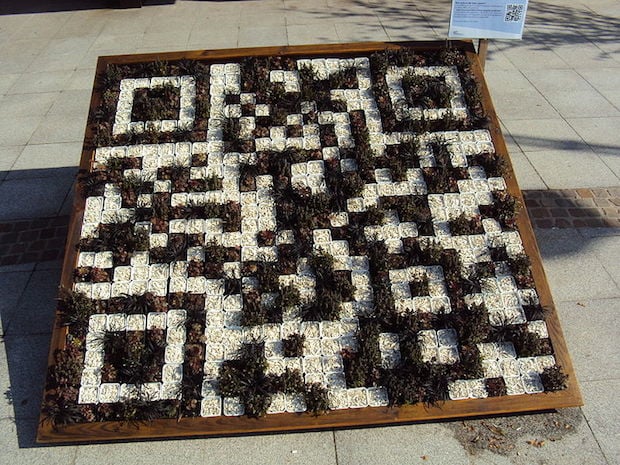 The convention badges you receive at check-in have handy-dandy QR codes imprinted on them, which means that the helpful folks at the booths can quickly scan your badge and input your info into their email database. This is both a good and bad thing. The first year this was an option, I answered “yes” to anyone asking if they could scan my badge. I returned home from convention with 500 promotional emails in my inbox. It was an email nightmare.

Unless you enjoy spending an extraordinary amount of time weeding through your inbox and unsubscribing to emails, only be scanned by those selling a product you are truly interested in. The same goes double for picking up brochures. Every booth has them, and the temptation is great to pick up a brochure for every product or company you have even the slightest interest in. Don’t do it. You will return to your room with a 20lb bag filled with brochures that you won’t even take home. You will end up trying to sort through them on your hotel room bed, all the while asking yourself “What was I thinking?” 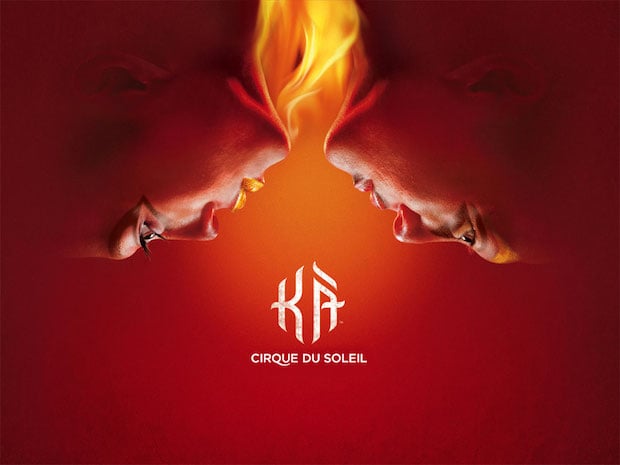 Come on, you’re in Vegas. It’s the thing to do. In a town where most everything is fake, it’s great to experience real talent performing live in front of you, and Vegas is overflowing with theatrical talent. My favorite show? KA at the MGM. It blew my mind. It was one of the best things I’d ever experienced in my entire life, right up there with the bacon sundae at Burger King. 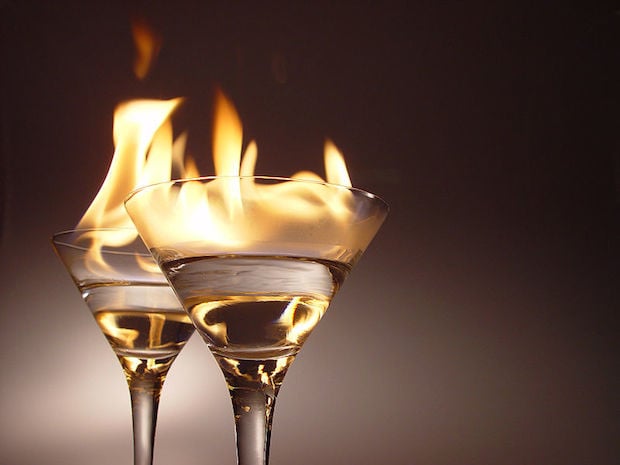 There will be drinking (I think that might actually be a WPPI convention tag line). There are so many alcoholic beverages to be had and so many places at which to have them. It’s okay to go a little crazy. Some of the celebrity photographers can even teach you how to order a proper drink, which is kind of a thrill and part of a well-rounded photography education. (Editor’s Note: If you’re under 21 or you intend on driving, please ignore this tip.)

Check In at the hottest nightclubs without leaving your car 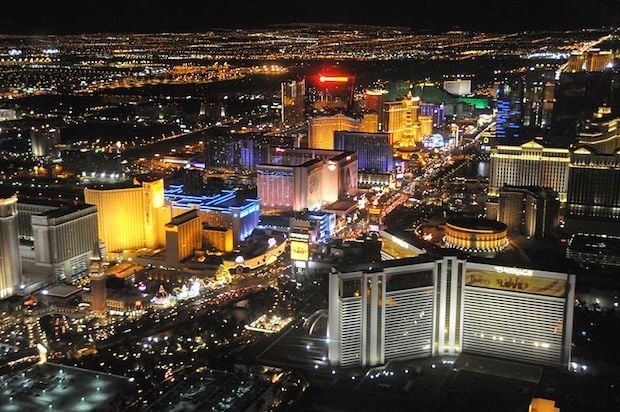 Drive up and down the Vegas Strip with “location services” on. Why? Because the cell phone will pick up trendy nightspots as you drive by them, allowing you to “check in” to your favorites on Facebook or Foursquare, thereby impressing the heck out of your friends back home. It doesn’t matter that you didn’t actually eat, drink or dance there — who’s gonna know, right? Well, except the other people in the car. But since they’re doing the same thing, your secret’s safe. 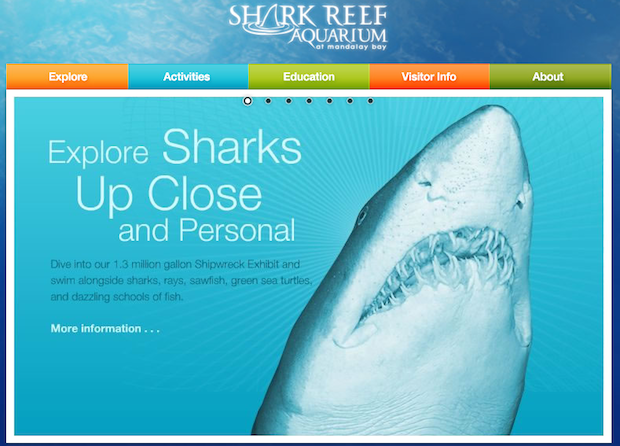 The aquarium really is a fun place and a must-go-to if you have children with you (yet another scenario in which you shouldn’t follow the drinking tip). And when you’re there with a bunch of other photographers, someone will, without fail, photograph the glass tanks with on-camera flash, which is just kind of exciting. I usually do it, too, just to fit in.

Party In Your Room Quietly 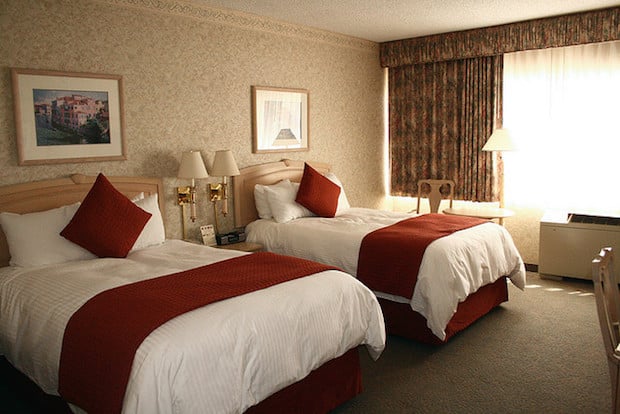 If you party in your room till the wee hours, shaking your booty and enjoying adult libations, no one cares… unless you are doing it loudly. If this happens, know that the odds are in your favor that someone from the room next door will call Security.

You’ve probably got an old school cranky photographer in the room next to you and you will have to keep it down or take the party elsewhere. Or switch rooms. Or invite the person next door over. Actually, this all could be avoided if you included the person in the room next door. They just want to have fun too, and it isn’t fun sitting in your hotel room eating Famous Amos cookies from the box and watching HBO at 1am while the girls in the room next door are having an awesome time. That’s all I’m saying.

And last but certainly not least: 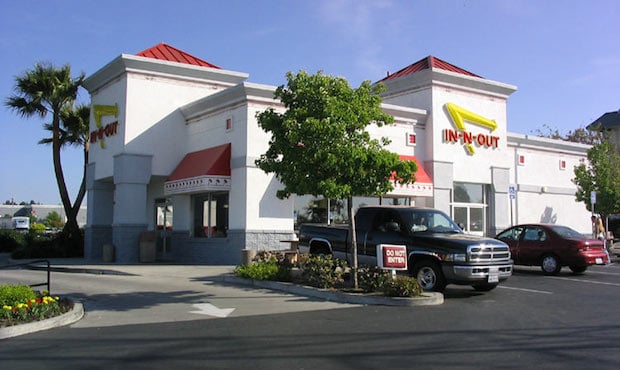 Some people are fortunate to live in a place where eating at an In-n-Out is a common occurrence; for the rest of us, we see that big yellow “check” and shriek with joy. Vegas has three, count ’em, THREE In-n-Outs. And while All You Can Eat buffets are as plentiful as air in Sin City, I’ve yet to find one that can compare to a Double Double with cheese, animal style fries and a Neapolitan style shake. It’s truly the food of the Gods.

A few more tips before I close: Wear comfortable shoes but bring band-aids just in case, hit the MGM Starbucks at times when everyone else is in programs or you’ll wait 30 minutes for coffee, bring your phone charger with you always (think of your phone as Superman and the convention area as Kryptonite sucking the power out of your battery), be nice to everyone you meet and, lastly, have a great time!